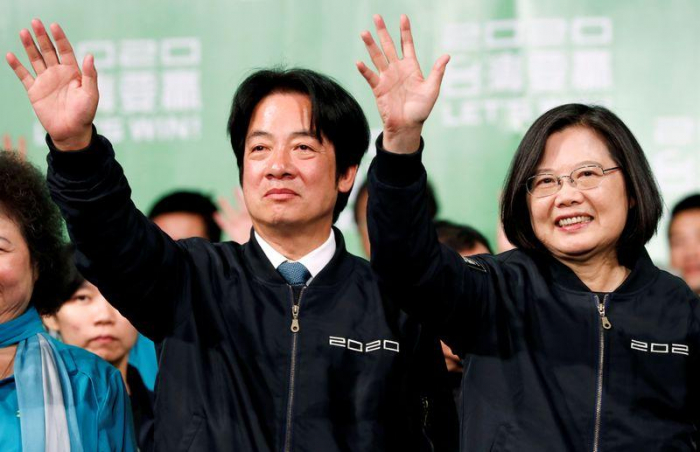 Taiwanese re-elected President Tsai Ing-wen by a landslide on Saturday in a stern rebuke that could fuel further tension with China, which has tried military threats and economic inducements to get the island to accept its rule, AzVision.az reports citing Reuters.

Anti-government unrest in Chinese-ruled Hong Kong took center stage during a campaign in which Tsai held up Taiwan as a beacon of hope for protesters in the former British colony and rejected Beijing’s offer of a “one country, two systems” model.

China claims Taiwan as its sacred territory, to be taken by force if needed, a threat President Xi Jinping reiterated a year ago while saying he preferred a peaceful solution.

“One country, two systems,” which gives a high degree of autonomy, much as Beijing uses in Hong Kong, has never been popular in Taiwan and is even less so after months of protests in Hong Kong.

China made itself even more unpopular in Taiwan in the run-up to the election by twice sailing its newest aircraft carrier through the sensitive Taiwan Strait, denounced by Taipei as an effort at military intimidation.

“We hope that the Beijing authorities can understand that a democratic Taiwan with a government chosen by the people will not give in to threats and intimidation,” Tsai told reporters.

Beijing needs to understand the will of Taiwan’s people, and that only Taiwan’s people can decide its future, she added, repeating her firm opposition to “one country, two systems”.

China’s Taiwan Affairs Office, in a statement carried by state media, reaffirmed its commitment to this approach and its opposition to any form of independence.

Tsai beat her main opponent Han Kuo-yu of the Kuomintang party, which favors close ties with China, by more than 2.6 million votes. Underscoring the scale of her victory, Tsai’s Democratic Progressive Party also won a majority in parliament.

“The United States thanks President Tsai for her leadership in developing a strong partnership with the United States and applauds her commitment to maintaining cross-Strait stability in the face of unrelenting pressure,” Pompeo said in a statement.