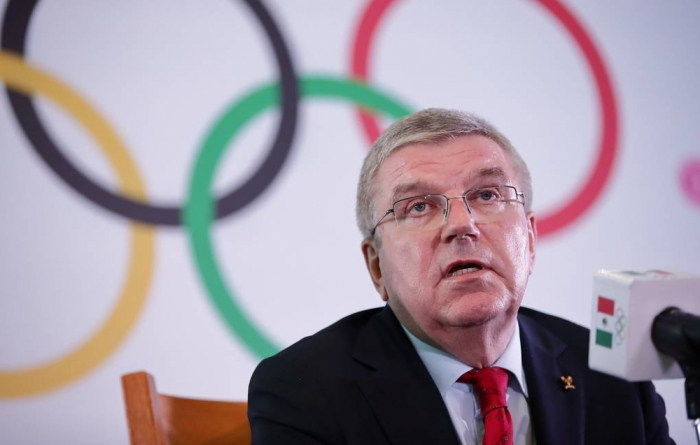 The International Olympic Committee (IOC) today awarded the Olympic Cup 2019 to UNHCR, the UN Refugee Agency, according to the Olympic news.

The award ceremony took place at the beginning of the IOC Session that is meeting today in Lausanne during the Youth Olympic Games Lausanne 2020, which officially opened yesterday.

The Olympic Cup was presented to the UN High Commissioner for Refugees, Filippo Grandi.

The IOC President, Thomas Bach, said: “114 years ago, our founder, Pierre de Coubertin, created a unique award – the Olympic Cup – to honour an institution or organisation that has a proven record of promoting the ideals of the Olympic Movement. Today we are awarding the Olympic Cup for 2019 to UNHCR, one of the long-standing UN partners of the IOC and the Olympic Movement. UNHCR has celebrated the power of sport for refugees’ protection and well-being and has been an advocate for our Olympic values. Without UNHCR we could not have created the IOC Refugee Olympic Team”.

For the last 25 years, the IOC and UNHCR have enjoyed a strong partnership that has seen the implementation of sports projects for refugees in more than 50 countries. Accepting the award, Filippo Grandi, UN High Commissioner for Refugees, said: “This award is a tribute I want to share with all my colleagues around the world who have gone above and beyond to bring opportunities to displaced people through sport, even in the most challenging circumstances.

“And, of course, it is a tribute to the displaced people and communities that UNHCR serves, who understand the transformative power of sport and have seized the opportunities that have been offered to them.”

UNHCR supported the creation of the IOC Refugee Olympic Team that competed for the first time at the Olympic Games Rio 2016. The team inspired the world with the strength of their human spirit. The IOC, supported by UNHCR, is currently working with the 50 Refugee Athlete Scholarship Holders who are vying to qualify and be part of the IOC Refugee Olympic Team Tokyo 2020. The selection of the Team will be announced in June.

The Olympic Cup is awarded annually by the IOC to an institution or association in recognition of its work to actively develop the Olympic Movement. It was created by the founder of the modern Olympic Movement, Pierre de Coubertin, in 1906.