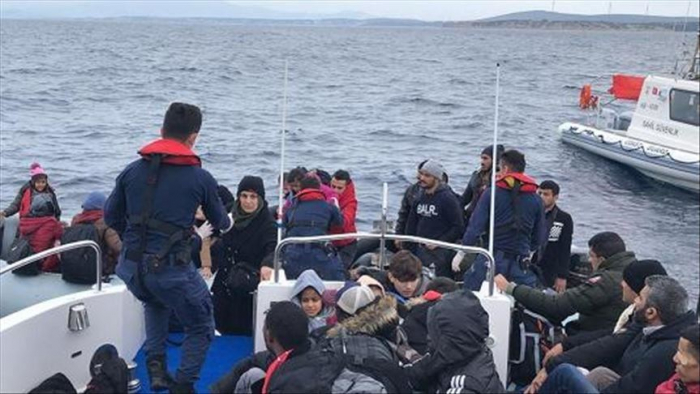 The Coast Guard stopped boats carrying 54 Palestinians, 60 Syrians, 14 Kuwaitis, two Somalians and one Iraqi national off Cesme district, according to the sources.

While no further details were provided, the sources said the migrants were referred to the Provincial Directorate General of Migration Management.

Roughly 28,000 human traffickers have been caught by Turkish authorities in the past five years.