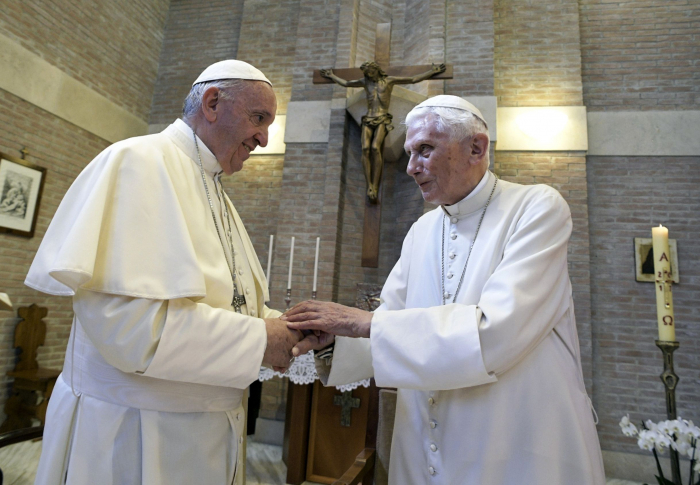 Benedict made the comments in a book that he co-authored with Cardinal Robert Sarah, which will be released in France on Wednesday, January 15.

In the book, titled "From the Depths of Our Hearts," the 92-year-old pontiff argues in favor of the centuries-old tradition of celibacy within the church, defending the ability to "put oneself completely at the disposition of the Lord" as a criterion for those wishing to be ordained as priests.

"We can say: 'Silere non possum! I cannot remain silent!'" Benedict and Sarah wrote in a joint introduction to the book, according to excerpts released by French daily newspaper Le Figaro on Sunday.

Benedict also wrote that he believes celibacy carries "great significance" and is "truly essential" as a priest's path to God becomes the foundation of his life.

"The call to follow Jesus is not possible without this sign of freedom and of renunciation of all commitments," he wrote.

"Celibacy must penetrate, with its requirements, all of the attitudes of existence."

In October, Pope Francis opened a contentious three-week summit to discuss environmental and religious issues in the Amazon region. The meeting raised the question of whether some respected married elder men - known as "viri probati" - could be ordained to help overcome a shortage of priests in the region.