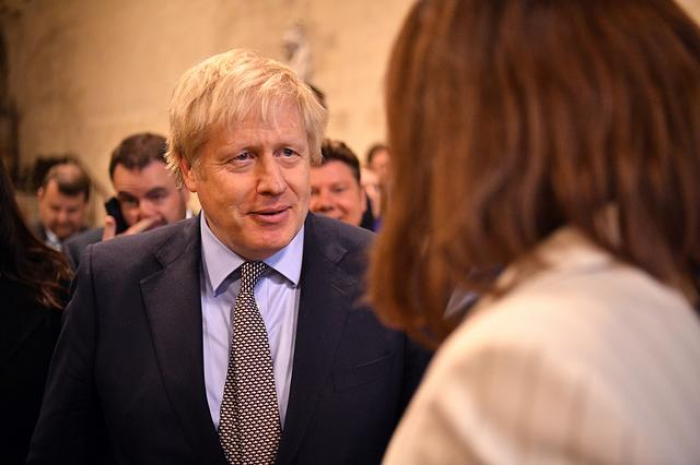 An energetic if perhaps niche campaign to ensure the chimes of Big Ben sound at the moment of Brexit on 31 January appears doomed after Commons authorities played down the idea, while a funding plan promised by Boris Johnson to pay for it turned out to not exist.

Staunchly pro-Brexit Tories such as Mark Francois and some newspapers have called for lengthy restoration work on the parliamentary clocktower to be paused so the bell can sound at 11pm, marking the moment the UK leaves the EU.

A series of donors have pledged to help cover the cost of restoring the currently-dismantled clock mechanism for the night. Speaking to BBC One’s Breakfast on Tuesday, Johnson said the government was “working up a plan so people can bung a bob for a Big Ben bong”.

But in a statement, the House of Commons Commission, which organises the day-to-day running of parliament, said the bell was “unlikely” to sound on 31 January, in part due to the estimated cost of £500,000 to make it happen.

Work needed would include restoring the clock chime mechanism, testing it, and building a temporary floor in the belfry to allow the work to take place. This would in turn delay the ongoing conservation work by up to four weeks, costing £100,000 alone.

Lindsay Hoyle, the new Commons Speaker, who chairs the commission, said the overall cost would mean “you are talking about £50,000 a bong”.

He said: “We also have to bear in mind that the only people who will hear it will be those who live near or are visiting Westminster.”

It later emerged that Johnson’s “plan” for a public fund to finance the work does not exist.

Asked about the idea, the PM’s spokesman said: “If the public want Big Ben to bong, and the money is raised then that is great. We will make sure that whatever happens in regard to Big Ben’s bongs, 31 January is properly marked. It is a significant moment in our history.”

Pressed on whether an official plan actually existed, he said: “There isn’t a specific government fund.”