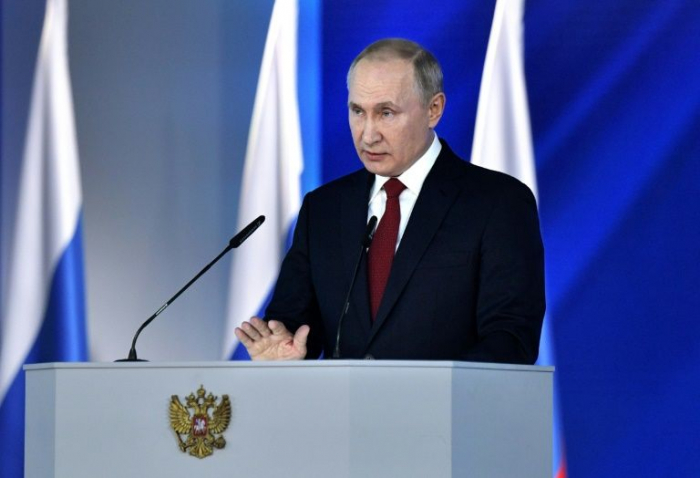 President Vladimir Putin on Wednesday proposed a referendum on amending Russia's constitution to increase the powers of parliament while maintaining a strong presidential system.

"I consider it necessary to conduct a vote by the country's citizens on an entire package of proposed amendments to the country's constitution," Putin said in his annual address to lawmakers, without specifying any date for a vote.

"We will be able to build a strong prosperous Russia only on the basis of respect for public opinion," said the 67-year-old leader, who has been in power for the past 20 years.

"Together we will certainly change life for the better."

Putin called for a boost to the powers of parliament, making lawmakers responsible for choosing the prime minister and senior cabinet members.

"This will increase the role and significance of the country's parliament," Putin said.

A president will not have the power to reject the proposed candidacies, Putin said, but will be able to later remove the prime minister and senior cabinet members.

The role of governors would also be enhanced, he added.

He suggested that a clause limiting the president to two successive terms could be changed, but did not specify how.

In December, Putin indicated he was in favour of removing the word "successive" from the clause.

Putin also suggested a constitutional change that would enshrine the priority of domestic legislation over international law.

Russia last conducted a referendum in 1993 when it adopted the constitution under Putin's predecessor Boris Yeltsin.