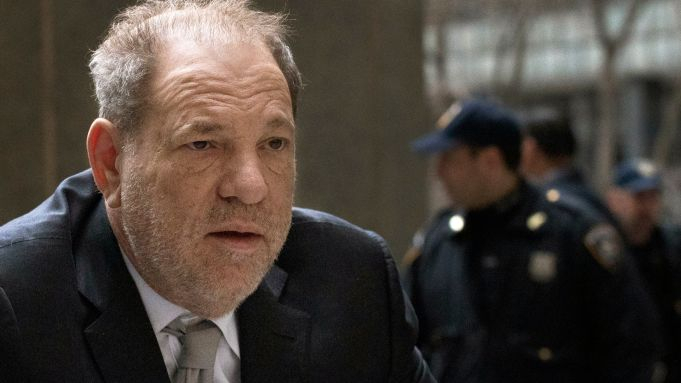 When lawyers in the Harvey Weinstein rape trial question potential jurors on Thursday, they may already know who has used the #MeToo hashtag on Twitter or criticized victims of sexual harassment in a Facebook discussion, AzVision.az reports citing Reuters.

The intersection of big data capabilities and prevalence of social media has transformed the business of jury research in the United States, which once meant gleaning information about potential jurors from car bumper stickers or the appearance of a home.

Now, consultants scour Facebook, Twitter, Reddit and other social media platforms for hard-to-find comments or “likes” in discussion groups or even selfies of a juror wearing a potentially biased t-shirt.

“This is a whole new generation of information than we had in the past,” said Jeffrey Frederick, the director of Jury Research Services at the National Legal Research Group Inc.

The techniques seem tailor-made for the Weinstein trial, which has become a focal point for #MeToo, the social media movement that has exposed sexual misconduct by powerful men in business, politics and entertainment.

Weinstein, 67, has pleaded not guilty to charges of assaulting two women. The once-powerful movie producer faces life in prison if convicted on the most serious charge, predatory sexual assault.

On Thursday, the legal teams will begin questioning potential jurors, a process known as voir dire. More than 100 people passed an initial screening and the identities of many of those people have been known publicly for days, allowing for extensive background research.

When Geragos was representing Scott Peterson, who was later found guilty of the 2002 murder of his pregnant wife Laci, it came to light that a woman told an internet chatroom she had duped both legal teams to get on the California jury.

“You just never know if someone is telling the truth,” said Geragos.

Weinstein’s lawyer, Donna Rotunno, told Reuters recently that her team was considering hiring a firm to investigate jurors’ social media use to weed out bias.

The Manhattan District Attorney’s office does not use jury consultants and office spokesman Danny Frost declined to comment if prosecutors were reviewing potential jurors’ social media.

Frederick’s firm, which has not been involved in the Weinstein case, creates huge databases of online activity relevant to a case, drilling down into interactions that do not appear in a user’s social media timeline. His firm combs through Facebook news articles about a particular case or topic, cataloging every comment, reply, share as well as emojis or “likes,” in the hopes some were posted by a potential juror.

“The social media aspect can be enormously helpful in looking at people’s political motives,” said defense attorney Michael Bachner. He said Weinstein’s team will probably want to know about a potential juror’s ties to women’s causes, with “#MeToo being the obvious one.”

Consultants only use public information and focus on those with extremist views, said Roy Futterman of consulting firm DOAR.

“You’re looking for the worst juror,” he said.

Julieanne Himelstein, a former federal prosecutor, said the best vetting tool remains a lawyer’s questioning of a potential juror in the courtroom.

“That trumps all the sophisticated intelligence gathering anyone can do,” said Himelstein.

But trial veterans said that potential jurors are reluctant to admit unpopular viewpoints during voir dire, such as skepticism about workplace sexual harassment.

During questioning in a trial involving a drug company, consultant Christina Marinakis recalled a potential juror who said he did not have negative feelings toward pharmaceutical companies.

“We found he had a blog where he was just going off on capitalism and Corporate America and pharmaceutical companies especially,” said Marinakis, the director of jury research for Litigation Insights. The juror was dismissed.

Marinakis said the blog was written under a username, and only came to light by digging through the juror’s social media for references to pseudonyms.

Lawyers can reject an unlimited number of potential jurors if they show bias. Each side can typically use “peremptory” challenges to eliminate up to three potential jurors they believe will be unsympathetic, without providing a reason.

In a Canadian civil trial, jury consulting firm Vijilent discovered that a potential juror who appeared to be a stay-at-home mom with no history of social activism, in fact had been arrested three times for civil disobedience while promoting the causes of indigenous people.

“Unless you got into her social media, you wouldn’t have known that information,” said Vijilent founder Rosanna Garcia.