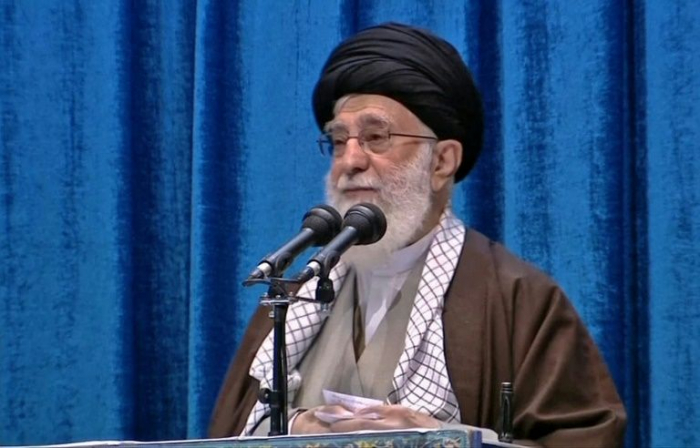 Iran's supreme leader called the accidental downing of a Ukrainian airliner a "bitter" tragedy Friday but said it should not overshadow the "sacrifice" of a top commander killed in a US drone strike.

"The plane crash was a bitter accident, it burned through our heart," Khamenei said. "But some tried to... portray it in a way to forget the great martyrdom and sacrifice" of Major General Qasem Soleimani, the head of the foreign operations arm of Iran's Revolutionary Guards.

"Our enemies were as happy about the plane crash as we were sad ... happy that they found something to question the Guards, the armed forces, the system."

Iran admitted last week it accidentally downed a Ukrainian airliner when it was high alert after strikes against US targets in Iraq in retaliation for Soleimani's killing.

The tragedy killed 176 people, most of them Iranians and Canadians.

The accidental downing triggered scattered protests in Tehran and other cities.

Praising Soleimani, Khamenei said his actions beyond Iran's borders were in the service of the "security" of the nation and that the people are in favour of "firmness" and "resistance" in the face of enemies.

"The few hundred who insulted the picture of General Soleimani, are they the people of Iran? Or this million-strong crowd in the streets?" he said in an apparent reference to reported tearing down of a portrait of the dead commander by protesters in Tehran a few days after hundreds of thouands turned out for his funeral.

Khameini accused the US of "lying" in its expressions of support for the Iranian people.

He said that even if they were with the people, "it is to stab them with their poison dagger".