Prince Harry and Meghan's UK home being closed down 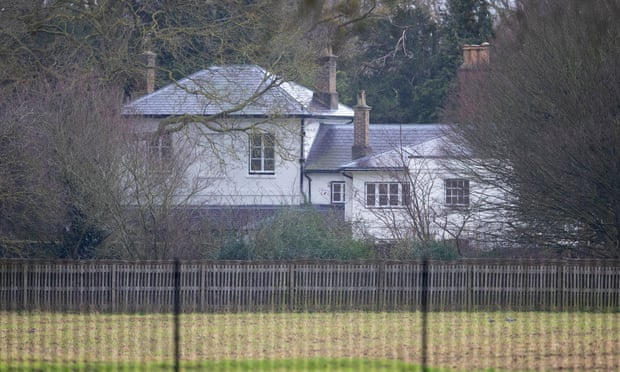 Frogmore Cottage, the home of the Duke and Duchess of Sussex, is in the process of being shuttered, according to reports, fuelling speculation the couple do not intend to spend any meaningful time in the UK in the near future.

Key live-in staff – a house manager and a cleaner – are being moved to other duties within the Queen’s household. Other staff members, used on an ad hoc basis and including chefs, maids and footmen, have been told their services are no longer required at the couple’s Windsor residence, the Daily Mail reported.

The claim comes as Harry and Meghan begin a period of “transition”, splitting their time between the UK and Canada, with the reluctant blessing of the Queen.

Meghan is already in Canada, with the couple’s son, Archie, and their two dogs, having flown back to the Vancouver Island hideaway where the couple spent six weeks on a break from royal duties over the Christmas period.

Harry is understood to have private engagements in the UK early next week, with speculation he will then join Meghan and Archie.

Senior royal officials are still in the process of thrashing out details of a plan to allow the couple to carve out new roles. The Sussexes want to “step back” from frontline royal duties, be able to earn an income and become financially independent of the taxpayer.

A source said: “No members of staff have been let go. In quiet periods, staff are often redeployed elsewhere around the estate.”

When they made their announcement last week, the Sussexes indicated on their new website that they intended to use Frogmore Cottage, gifted by the Queen and refurbished at a cost of £2.4m to the public purse, as their official residence while in the UK “so that their family will always have a place to call home in the United Kingdom”.

The Grade II-listed building was converted from five quarters back to a single residence for the couple and their baby son.

Reports that staff are being redeployed followed Harry’s first official engagement since the couple’s announcement blindsided Buckingham Palace nine days ago. He conducted the draw for the Rugby League World Cup 2021, with speculation it was his last official engagement in the UK for some time.