'You have not seen anything yet,' climate activist Greta says ahead of Davos 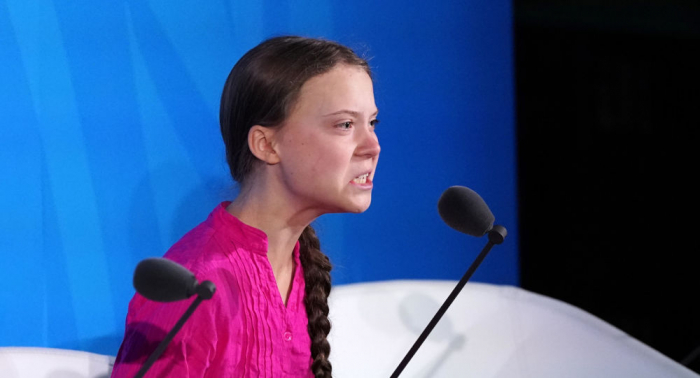 Swedish activist Greta Thunberg and a crowd of some 10,000 protesters marched in the Swiss city of Lausanne on Friday before many of them head to Davos next week to challenge political and business leaders to combat the climate crisis, AzVision.az reports citing Reuters.

The 17-year-old, who launched the #FridaysforFuture movement that has sparked global protests, denounced a lack of government action to cut heat-trapping emissions before it is too late.

“So, we are now in a new year and we have entered a new decade and so far, during this decade, we have seen no sign whatsoever that real climate action is coming and that has to change,” Thunberg said in a speech in Lausanne.

“To the world leaders and those in power, I would like to say that you have not seen anything yet. You have not seen the last of us, we can assure you that. And that is the message that we will bring to the World Economic Forum in Davos next week.”