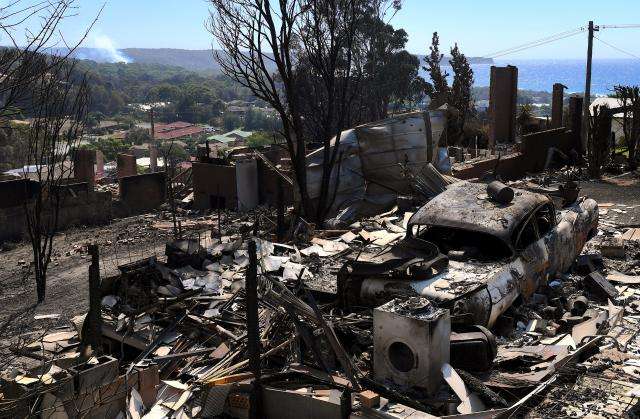 A new study claims that YouTube is rife with misinformation about climate change and that some major advertisers inadvertently have their ads running alongside these videos.

The new report comes from activist organization Avaaz, a relatively new global group that harnesses the power of collective action via campaigns and petitions.  The Avaaz study found that not only were a significant number of climate change denial videos surfacing on the platform, but that YouTube's algorithm was sending viewers to even more of those types of videos.

Additionally, in a move that might actually cause YouTube to do something about it, Avaaz found dozens of big-name brands – including Samsung, Uber, L’Oréal, Warner Brothers, and Nintendo – have had their ads attached to climate change denial videos on the platform.

For the study, Avaaz wanted to focus on YouTube's "Up Next" feature that sends users to videos related to the ones they're currently viewing. But since Avaaz couldn't fully replicate the "Up Next" algorithm, they used a developer tool, YouTube Data Tools (YTDT), that approximated it.

For that reason, it's worth taking the results with a bit of salt since their methods couldn't replicate the actual "Up Next" feature.

All told, Avaaz found that "16 percent of the top 100 related videos for the search term 'global warming' contained misinformation." It's not a great look, for sure. But when you take YouTube's guidelines into account, things get... complicated.

YouTube maintains that it's a platform for free speech while increasingly working to filter out videos that violate its guidelines and setting other new guidelines as the situation warrants. The platform has also worked to demote videos it considers to have "borderline content" while promoting the visibility of what it calls "authoritative content."

YouTube has even rolled out a new fact check feature that includes informational panels on the topic of the videos being viewed and that panel appears on several of the videos Avaaz cites.

Avaaz searched the phrases “global warming,” “climate change,” and “climate manipulation" between August 5, 2019 and August 7, 2019, yielding a total of 5,537 videos. From there, they explored the top 100 recommended videos for each phrase, yielding the 16 percent number from above. Considering the raw number of videos on the platform, 16 percent feels like a relatively low number.

Also, while the climate change denial views presented in the videos Avaaz cites are incredibly troubling, it's worth noting that the information within doesn't necessarily violate YouTube's guidelines since it doesn't veer into hate speech, harassment, inciting violence or scams.

In a statement to Mashable, a YouTube spokesperson said, “We can’t speak to Avaaz’s methodology or results, and our recommendations systems are not designed to filter or demote videos or channels based on specific perspectives. YouTube has strict ad policies that govern where ads are allowed to appear and we give advertisers tools to opt out of content that doesn’t align with their brand. We’ve also significantly invested in reducing recommendations of borderline content and harmful misinformation, and raising up authoritative voices on YouTube. In 2019 alone, the consumption on authoritative news publishers’ channels grew by 60%. As our systems appear to have done in the majority of cases in this report, we prioritize authoritative voices for millions of news and information queries, and surface information panels on topics prone to misinformation – including climate change – to provide users with context alongside their content. We continue to expand these efforts to more topics and countries.”

As for those brands, several confirmed to Avaaz that they were completely unaware that their ads were attached to these climate change denial videos. We've reached out to reps at several of the companies – including Samsung, Nintendo, and Uber – for additional comment.

YouTube does note that advertisers are given controls that allow them to exclude their ads from appearing alongside videos of specific topics, including climate change and global warming.