100 injured in clashes between protesters, riot police in Lebanon's capital 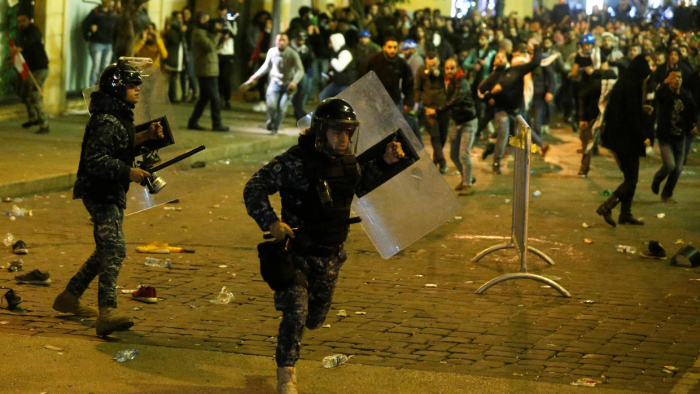 Heavy clashes broke out on Saturday in downtown Beirut between protesters and the riot police, causing at least 100 injuries, AzVision.az reports citing Xinhua.

The clashes broke out following the attempts by protesters to break barbed barriers set up by security forces at the entrance of the roads leading to the parliament's headquarters.

Security forces issued a statement calling on peaceful protesters to move away as the riot police is being attacked at the entrance of the parliament.

Lebanon has been witnessing nationwide protests since Oct. 17, 2019 against the ruling political class.

Protesters have been demanding a technocrat government of independent ministers capable of implementing reforms and fighting against corruption.