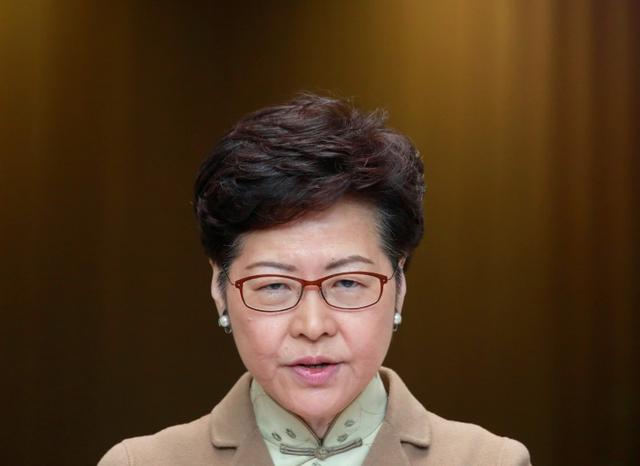 For Hong Kong leader Carrie Lam this week’s World Economic Forum in Davos is a chance to convince global business and political leaders that the Asian financial hub is back on track.

After more than seven months of turmoil Hong Kong’s status as a financial center has come under scrutiny as sometimes violent demonstrations paralyzed parts of the city and forced businesses to close, posing the gravest popular challenge to Chinese President Xi Jinping since he took power in 2012.

Lam and “Team HK”, including its trade secretary, top officials from the stock exchange, airport authority, MTR Corp and the head of Swire Group, are in the Swiss mountain resort two days after another violent clash and more are planned for the weekend of her return.

“The biggest concern for foreign investors is around the long-term position of Hong Kong as a global financial center,” said Benjamin Quinlan, CEO of Hong Kong-based consultancy Quinlan & Associates and a former Deutsche Bank strategist.

“More importantly, there are questions around whether the fundamental, underlying rule of law in the city will be maintained ... and whether it will stand the test of time.”

Since its return to Beijing in 1997, the former British colony has been governed under a “one country, two systems” formula that guarantees it broad freedoms not seen in mainland China, including an independent judiciary and free press.

Those liberties, which protesters say Beijing is gradually chipping away at, are widely viewed as central to the city’s prosperity and any erosion could have a significant impact on its status as an international financial center.

Another challenge in 2020 will be to tame the protest movement, which kicked off the year with a rally that organizers said drew 1 million people, and bolster support for the beleaguered government ahead of key elections in September.

“There will be a major crisis of governability because I think the government has no credibility and I think it faces major resistance, both in the legislature and district councils,” said Ma Ngok, a political scientist at the Chinese University of Hong Kong.

A resounding victory for pan-democrats in local elections in November dealt a huge blow to the pro-Beijing camp and marked a significant political shift amid months of protests that shocked a city where violence is rare.

As the protest movement still enjoys broad support, some observers expect Beijing to lean harder on the city to silence activists and curb a surge in anti-China sentiment that has rattled mainland Chinese living in Hong Kong and prompted some, including many students, to leave.

Others expect the deep-seated political tensions to intensify and further polarize society.

“By summer we shall witness deeper political conflict within society, coinciding with crippling economic actions and feeding of growing disenfranchisement of working and middle classes,” said Phill Hynes, head of political risk and analysis at ISS risk. “2020 is not going to be the year Hong Kong heals, it will be the year it festers and becomes inflamed.”

A survey conducted for Reuters in December found 59% of city residents supported the protest movement, while 57% said they favored the resignation of Beijing-backed Lam.

President Xi has repeatedly voiced support for Lam, who has rejected calls to step down. According to an audio recording obtained by Reuters of remarks Lam made to a group of business people in August, Hong Kong’s leader said she would “quit” if she could.

In public, Lam remains defiant and rejects any link between the protests and political reform.

“Hong Kong is not alone in facing social problems related to topics such as upward mobility, youth discontent, income disparity and housing affordability,” she said in the Jan. 16 release. “We know we need to deal with these issues, and we will.” While the demonstrations have at times closed businesses, shopping malls, schools, and even the international airport, life for many in the city goes on, while Hong Kong’s financial markets have proved resilient.

The unrest has, however, drawn corporate heavyweights including HSBC and Cat

hay Pacific into the political turmoil, underscoring the tightrope businesses must navigate between protesters and the city’s political masters in Beijing. The protests have also taken a heavy toll on the economy - which sank into recession for the first time in a decade in the third quarter - in particular the retail and tourism sectors.

The Hong Kong administration has pledged HK$35 billion in stimulus to prop up the economy but some analysts say it is unlikely to have a major impact as long as the unrest continues.