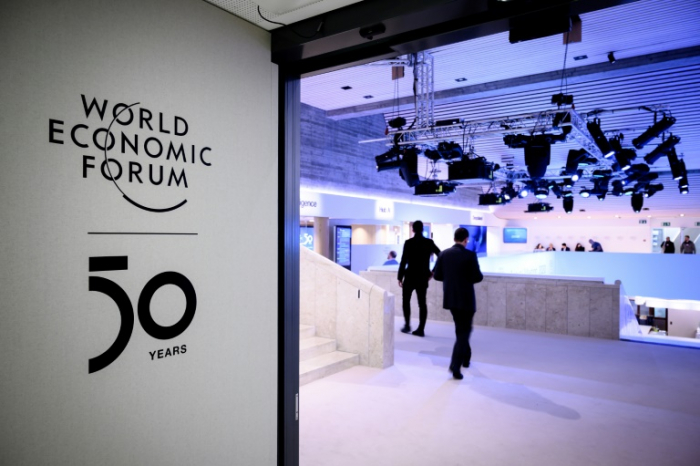 Some of the world's biggest banks, insurers and pension funds have collectively invested $1.4 trillion in fossil fuel companies since the Paris climate deal, Greenpeace said Tuesday at the start of the World Economic Forum in Davos.

With the climate emergency expected to be front and centre at the annual summit of the world's business elite, the charity accused some institutions in attendance of failing to live up to the Forum's goal of "improving the state of the world".

Greenpeace analysed the portfolios of 24 of the banks represented at Davos and found that they had financed the fossil fuel industry to the tune of $1.4 trillion since the landmark 2015 Paris deal.

That accord enjoins nations to limit global temperature rises to "well below" two degrees Celsius (3.6 Farenheit) through a rapid and wide-ranging drawdown of planet-warming carbon emissions.

The United Nations' Intergovernmental Panel on Climate Change (IPCC) -- the world's leading authority on the subject -- says that for a better-than-even chance of reaching the safer Paris cap of 1.5C, oil and gas consumption would need to decline 37 percent and 25 percent respectively by 2030.

The IPCC says coal use must fall two thirds by 2030 and fall to virtually zero by mid-century to keep Earth on a 1.5-C path.

Yet carbon emissions are growing every year as global energy demand surges, and the International Energy Association said Monday that fossil fuel companies are still only investing 0.8 percent of their spending in renewables.

Jennifer Morgan, executive director of Greenpeace International, said financial institutions were complicit in climate change by funding the fuels that drive it.

"Banks, insurers and pension funds are as culpable for the climate emergency as the fossil fuel industry -- specifically those that go to Davos," Morgan told AFP.

"These Davos players say they support the Paris agreement but since its signing they've pumped $1.4 trillion into fossil fuels."

The Greenpeace report found that just 10 banks had provided $1 trillion to fossil fuels since Paris. That same amount could pay to double the world's solar power capacity.

It also identified three pension funds with at least $26 billion in fossil fuel holdings, and alleged that four of the world's biggest insurance firms -- AIG, Prudential, Sompo and Tokio marine -- had no publicly disclosed policies to divest from fossil fuels.

"The fossil fuel industry needs the finance sector but its not the same the other way around, so why are these bank, insurers and pensions propping up dirty energy?" asked Morgan, who will be participating in the four-day Davos forum.

"The massive scale at which global banks continue to pump billions of dollars into fossil fuels is flatly incompatible with a liveable future," said Alison Kirsh, climate and energy lead researcher at Rainforest Action Network.