Duke and Duchess of Sussex issue legal warning over photos 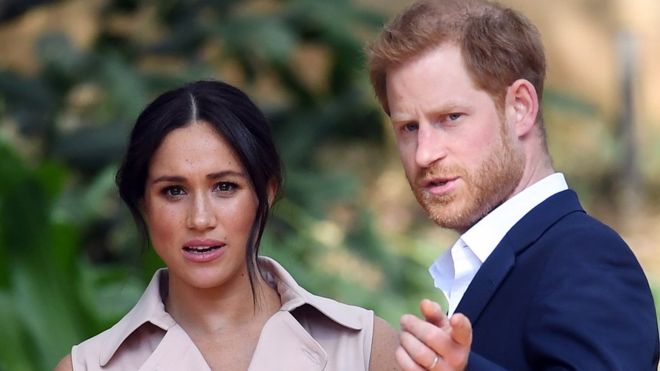 The Duke and Duchess of Sussex have issued a legal warning to the media after photographs of Meghan in Canada were published in newspapers and on websites.

Lawyers say the photos of the duchess walking her dogs and carrying her son were taken by photographers hiding in bushes and spying on her.

They say she did not consent and accuse the photographers of harassment.

The couple say that they are prepared to take legal action. They are believed to be alarmed by paparazzi activity near their current base on Vancouver Island, British Columbia.

Lawyers say there have also been attempts to photograph inside their home using long-range lenses and they accuse the paparazzi of being camped outside the property.

Under laws in British Columbia, the duchess may have grounds for a legal case if she can prove her privacy has been violated, although freedom of the press and expression is guaranteed under the Canadian Charter of Rights and Freedoms.

This comes after the Queen agreed to the couple's wish to step back from being full-time royals, to become financially independent and to split their time between the UK and Canada.

On Monday, Meghan was pictured carrying the couple's eight-month-old son Archie in a baby sling, while walking her two dogs, Guy and Oz, in North Hill Regional Park on Vancouver Island.

The Duke of Sussex arrived back in Canada on Tuesday morning after attending the UK-Africa Investment Summit in London on Monday.

He had been apart from Meghan and Archie for more than 10 days, after she flew back to Canada earlier this month.

It was announced on Saturday that from the spring, the Sussexes will no longer be full-time working royals.

They will stop using their HRH titles, no longer carry out royal duties or military appointments and no longer formally represent the Queen.

One day after that announcement, Prince Harry said he was "taking a leap of faith" in stepping back from being a senior royal, adding: "There really was no other option."

Prince Harry has long had an uneasy relationship with the media, having grown up aware of the impact the intense media interest had on the life of his late mother, Diana, Princess of Wales, who died in a car crash in Paris while being pursued by paparazzi on motorbikes.

The driver of Princess Diana's car - Henri Paul - had been drink-driving at the time of the crash on 31 August 1997.