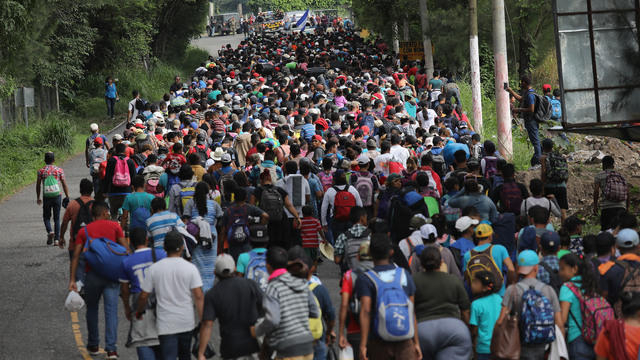 Honduras is preparing for the arrival this week of at least 1,900 nationals deported from Mexico for trying to enter illegally on their way to the United States, the Honduran ambassador in Mexico City said, AzVision.az reports citing Xinhua.

According to Alden Rivera, Mexican authorities said two groups of Hondurans attempted to sneak into southern Mexico from neighboring Guatemala at two different border points: one in south Chiapas state and another in southeast Tabasco state.

Starting Wednesday and through Friday, some 500 deported nationals are expected to arrive daily by bus, she said.

The latest migrant caravan heading toward the United States set out from the north Honduran town of San Pedro Sula before daybreak on Jan. 15.

At the end of 2018 and in 2019, waves of migrant caravans succeeded in crossing into Mexico and amassing at the U.S. border, raising tensions between Mexico and the United States.

The two countries later agreed to bolster border security to promote the orderly entry of migrants.