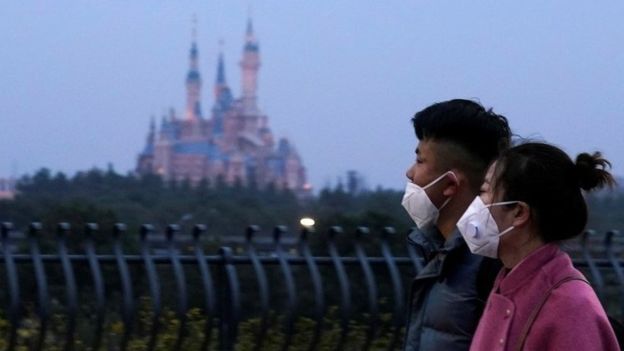 China is marking the Lunar New Year, one of the most important dates in its calendar, while concerns grow about the coronavirus outbreak.

As millions go home for the holidays, travel restrictions have been expanded to 13 cities - home to more than 36 million people - in Hubei province, the centre of the outbreak.

There are currently 830 confirmed cases in China, 26 of whom have died.

Wuhan, where the outbreak began, is rapidly building a new hospital.

The city - home to around 11 million people - is struggling to cope with the increasing number of patients.

State-owned news outlet Changjiang Daily said the 1,000-bed hospital could be ready by 3 February. A total of 35 diggers and 10 bulldozers are currently working on the site.

The project will "solve the shortage of existing medical resources" and would be "built fast [and] not cost much... because it will be prefabricated buildings", the outlet said.