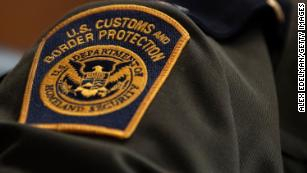 US border officers working at Canadian border crossings were directed to stop travelers of Iranian descent for questioning following the killing of Iranian general Qasem Soleimani, an unnamed Customs and Border Patrol officer alleged in an email to an immigration attorney.

Dozens of American citizens of Iranian descent were stopped at a port of entry in Blaine, Washington, in the days following the January 3 killing of Soleimani. Some were detained for hours and reported they were asked detailed questions about their country of birth.

Democratic Rep. Pramila Jayapal of Washingtontweeted earlier this month that she was "deeply disturbed" by the reports.

At the time, CBP confirmed there were increased wait times "to an average of two hours on Saturday evening, although some travelers experienced wait times of up to four hours due to increased volume and reduced staff during the holiday season."

But the agency categorically denied there was any directive to stop and question people of Iranian descent.