'No, No America': Iraq protesters demand expulsion of U.S. troops 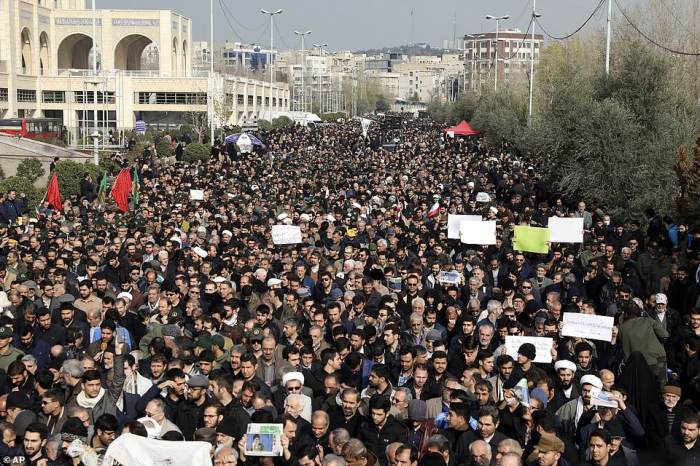 Tens of thousands of Iraqis rallied in central Baghdad on Friday calling for the expulsion of U.S. troops, but the protest mostly dissipated after a few hours despite a cleric’s call for a “million strong” turnout, Reuters reported.

Populist cleric Moqtada al-Sadr convened the march after the U.S. killing of an Iranian general and an Iraqi paramilitary chief in Baghdad this month.

His eventual decision to hold it away from a separate anti-government protest camp, and away from the U.S. embassy, looked pivotal in keeping the march peaceful.

However two protesters were killed and 25 wounded later in a separate protest. Three French nationals and one Iraqi, working for charity SOS Chretiens d’Orient, also went missing in Baghdad, the NGO said.

“We want them all out - America, Israel, and the corrupt politicians in government,” said Raed Abu Zahra, a health worker from southern Samawa, who had come by bus to Baghdad and stayed in Sadr City, a sprawling district controlled by Sadr’s followers.