China coronavirus: WHO to hold special meeting in Beijing as death toll jumps 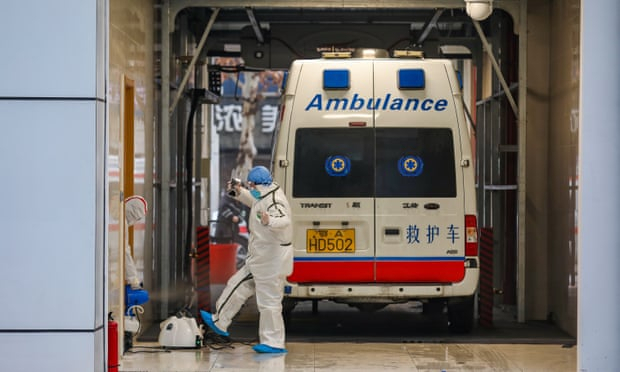 The head of the World Health Organization will hold a special meeting with officials in Beijing on Monday to discuss how to contain the coronavirus that has killed 80 people and left more than 400 in a critical condition.

In an effort to reduce chances of infection during what is China’s busiest travel season, officials announced the end of this week’s lunar new year holiday would be postponed until at least 2 February. Authorities have also widened sweeping restrictions on travel across the country.

On Monday, Chongqing municipality, which has a population of 30 million, said it had banned long-distance bus services. The municipality borders Hubei province, where the vast majority of deaths have been recorded. It follows similar announcements over the weekend by Beijing, Shanghai and the eastern province of Shandong.

The suspension of long-distance bus services, the cheapest way to travel, is likely to slow down the return of millions of migrant workers who have visited their families over the lunar new year.

By postponing the end of the holiday to Sunday from Friday, officials hoped to “effectively reduce mass gatherings” and “block the spread of the epidemic,” a cabinet statement said.

Many of China’s big retail chains have also said they will temporarily close their stores, while some online businesses and banks have advised employees returning from Hubei province to work from home.

Wuhan, where the outbreak originated, remains under strict lockdown, with most private cars are banned, trains and flights suspended.

The city, home to 11 million people, was visited by Chinese premier, Li Keqiang, the country’s second most powerful man, on Monday morning, when he was photographed at medical facilities in the city. He told staff at Wuhan hospital: “I am here to cheer you up”.

His visit follows concern that hospitals in the city are severely overstretched, running out of beds, testing kits and basic equipment. In response to the crisis, officials are now building two designated hospitals to deal with an expected increase in cases.

On Sunday night, the mayor of Wuhan said he predicted another 1,000 new cases in the city, and revealed that 5 million residents had left Wuhan before it went into lockdown. This includes people who traveled for the lunar new year festival, as well as those who fled to escape the virus and impending shutdown.

Experts have questioned whether the quarantine measures, which were introduced in Wuhan from Thursday morning, are helpful. The restrictions were announced hours before they were introduced, potentially encouraging cases to scatter across the country. Some fear severity of restrictions also risks creating anger towards health officials at a time when the public’s cooperation is desperately needed.

There are also doubts about the effectiveness of airport screening, following suggestions that it is possible to be infected but not have any symptoms.

The disease has already spread to more than 10 countries abroad, with new cases continuing to emerge. Both Australia and US recently confirmed their fifth cases . In total, across China and elsewhere, more than 2,700 cases have been recorded.

Officials in Australia said they did not believe there had been any human-to-human transmission of the virus in the country, where children are due to return to school this week from the summer break. Children have been in close contact with a confirmed case of the virus, should not attend school for 14 days, officials said.

Singapore urged citizens to avoid non-essential travel to China, and said students and staff who had recently travelled to the country should stay at home for two weeks. Hong Kong has banned residents of Hubei from entering the territory from Monday.

Announcing his visit to Beijing on Sunday, Tedros said that the organisation was working 24 hours a day to support China’s response to the virus, adding: “My WHO colleagues and I would like to understand the latest developments and strengthen our partnership with China in providing further protection against the outbreak.”

Last week, the WHO decided not to declare the outbreak a public health emergency of international concern, but said it would closely monitor the situation. Such a declaration would rally international resources and could lead to trade or travel restrictions.


More about: #WHO   #Coronavirus