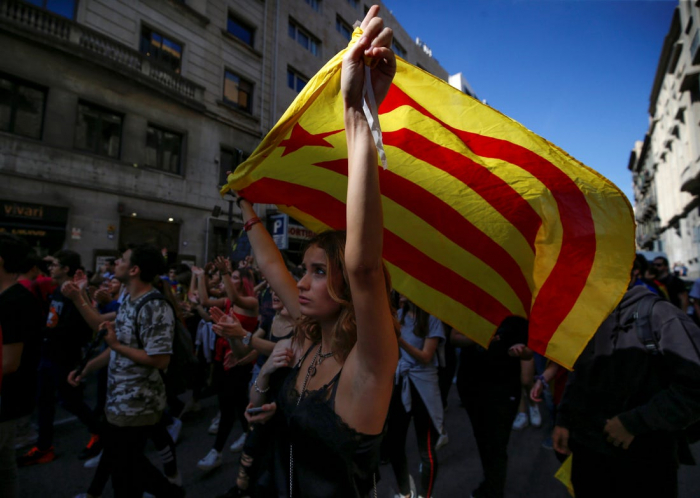 The pro-independence head of Catalonia’s regional government said on Wednesday he planned to call a snap parliamentary election in the restive Spanish region, in a move that could have a major impact on national politics.

Quim Torra said the election would be called after the regional parliament has approved Catalonia’s budget plan for the year, providing no precise date.

“The political course of this legislature has come to an end... It’s essential to again give voice to the citizens,” he said in a televised address.

Torra’s term was due to end in 2021 but on Monday he was stripped of his rights as a regional lawmaker by parliament following a court ruling, pushing the coalition government between two separatist parties to the brink of collapse.

“No government can function without unity and loyalty among its partners,” Torra said, addressing the internal squabbles.

Catalonia has been a major driver of Spanish politics since the region unilaterally declared independence in October 2017 following a referendum deemed illegal by courts, prompting Spain’s biggest political crisis in decades.

Madrid briefly imposed direct rule there before calling an election that resulted in a pro-independence regional coalition government headed by Torra.

Torra is due to meet Spain’s Socialist Prime Minister Pedro Sanchez in Barcelona on Feb. 6 to set the agenda for negotiations over the region’s political situation.

The dialogue was a condition for separatist party Esquerra Republicana de Catalunya (ERC) - one of the coalition partners - to facilitate Sanchez’s appointment as prime minister.