Twenty-six killed in India as bus plunges into well 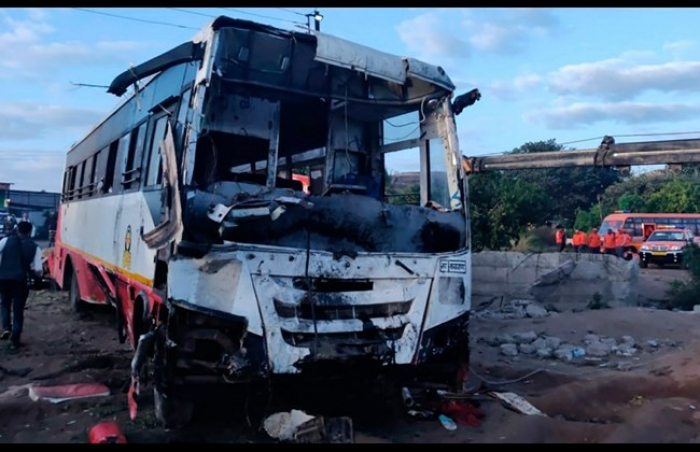 Twenty-six people were killed and 32 injured when a bus and an autorickshaw collided with each other and plunged into a nearby well in India, a local police official said on Wednesday.

The accident happened in the western state of Maharashtra late on Tuesday, Suhas Deshmukh, a local police officer in the Nashik district, told Reuters by telephone.

“Both vehicles crashed into each other and the impact caused both to fall into a well on the side of the road,” he said.

Among the dead were two 2-year-old children, he said, adding rescue personnel worked through the night to retrieve bodies.

“In this hour of sadness, my thoughts are with the bereaved families,” India’s Prime Minister Narendra Modi said in a tweet. “May the injured recover at the earliest.”

India’s roads are among the world’s deadliest, with 464,910 accidents in 2017 that killed nearly 148,000 people, according to the latest available government data.