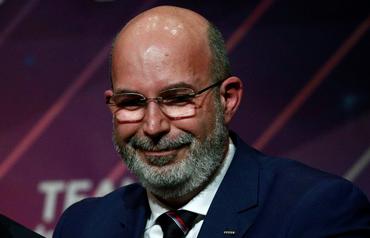 Italy’s ruling 5-Star Movement faces desertions and ruinous splits which may be impossible to stem at a March congress, party officials are warning.

The anti-establishment movement, which won twice as many votes as its nearest rival at the last national election in 2018, has been beset with problems ever since.

It shed votes when in government with the hard-right League until August last year, and has done so since forming a new administration with the centre-left Democratic Party (PD).

Now 5-Star’s parliamentarians and supporters are divided between those who want a return to its origins as a go-it-alone protest party, those who favour cementing the alliance with the PD, and those wanting to hook up again with the League.

5-Star’s candidate won just 3.5% of the vote in a regional election in northern Italy on Sunday after former leader Luigi Di Maio resigned, complaining of backstabbing from colleagues.

“The Movement used to be poetry and hope, now it’s guerrilla warfare and suspicion,” said Max Bugani, a veteran 5-Star politician who now works with its mayor of Rome, Virginia Raggi.

Bugani, an influential 5-Star figure since its foundation in 2009, said the party could soon split up, and that this would be better than “pushing on together but arguing every day.”

Prime Minister Giuseppe Conte, an independent close to 5-Star, wants it to commit to a long-term alliance with the PD in a “progressive front” against a popular rightist bloc spearheaded by League leader Matteo Salvini.

This strategy is backed by 5-Star’s founder, comedian Beppe Grillo, but is resisted by Di Maio and other senior figures who want to remain equidistant from left and right, free to join forces with one or the other as circumstances dictate.

The party’s tensions are likely to come to a head at a March congress intended to pick a new leader, reorganise, and set policy priorities. But some of its lawmakers see defections even before then.

They fear that caretaker leader Vito Crimi, a low profile senator, may struggle to impose discipline on an increasingly anarchic parliamentary group.

“We are going to lose some people,” said a senior source, suggesting some deserters were financially motivated to avoid an internal 5-Star rule obliging its lawmakers to give up part of their salaries to fund causes decided by party members.

Last month, three 5-Star senators defected to the League, depleting the government’s already slim majority, and a League official said contacts were under way to lure another five or six.

Asked to comment on this, a 5-Star member of the government told Reuters “it’s possible.”

The difficulties of 5-Star, which defines itself as post-ideological, may have been inevitable once it transformed itself from an angry protest movement to a party of government, effectively joining the “system” it was born to fight.

Eschewing left and right as outdated concepts helped it hoover up votes across the political divide when in opposition.

But to govern it had to join forces first with the hard right, alienating many of its left-leaning followers, and then with the left, alienating more conservative supporters.

Its support has fallen despite passage of many of its flagship policies such as the “citizens’ income” poverty relief scheme, an anti-corruption package, curbs on temporary job contracts and a cut in the number of parliamentarians.

Critics blamed Di Maio for hoarding power within his inner circle of advisors and failing to give the movement an effective structure or organisation, fuelling simmering dissent which had no official outlet within the party.

“5-Star’s internal organisational failings are a key part of its decline because political parties are first and foremost organisations,” said Mattia Zulianello, a political scientist at Birmingham University who specialises in populist parties.