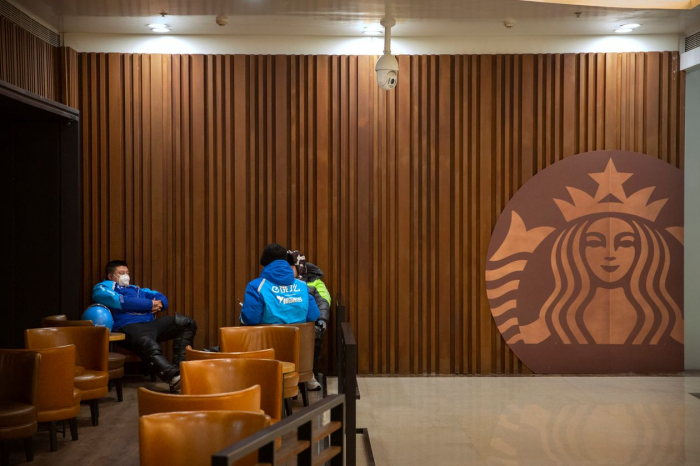 Global businesses operating in China are closing stores, scaling back operations and restricting travel as the Chinese government races to control the coronavirus that has now infected more people than severe acute respiratory syndrome, or SARS, did in the country two decades ago.

Airlines are halting flights to the country, reporting falling demand as passengers fear contagion and businesses move to protect employees.

Earlier in the day, British Airways and Indonesia’s Lion Air said Wednesday they would stop flying to mainland China, while American Airlines Group Inc. AAL -3.17% has suspended flights from Los Angeles to Shanghai and Beijing. Delta Air Lines Inc. said it would temporarily halve the number of weekly flights it operates between the U.S. and China to about 20.

In just a few weeks, the fast-spreading virus—which is believed to have originated at an animal and seafood market in Wuhan heading into the Lunar New Year holiday—has killed more than 130 people and infected more than 6,000, with 5,974 of the cases in mainland China.

The World Health Organization plans to meet Thursday to decide whether to declare the outbreak of coronavirus a public-health emergency of international concern. The move comes amid an increasing number of cases and evidence of human-to-human transmission outside of China, said Michael Ryan, executive director of the body’s health emergencies program.

Large international companies are limiting travel to China, and airlines are suspending flights. Tens of millions of people in the country have been affected by government restrictions on movement, and U.S. workers returning from China are being asked by companies to work remotely for weeks at a time as a precaution.

JPMorgan Chase & Co., auto maker Ford Motor Co. and consumer-goods giant Kraft Heinz Co. are among the companies that have introduced employee travel bans to and from China.

“This will help reduce the unnecessary risk of virus exposure or transmission and is the most prudent measure to take while we continue to closely monitor the situation in China,” Kraft Heinz spokesman Michael Mullen said.

Google told employees this week it would shut down its offices in mainland China, Hong Kong and Taiwan, in a nod to governmental directives to try to reduce the spread of virus. Though Google doesn’t operate its main search engine in China due to the country’s speech restrictions, the company has advertising and sales staff in four offices on the mainland.

Some companies are starting to warn the virus will hit financial results. In 2018, U.S. companies sold Chinese consumers and businesses $386 billion worth of goods, according to a spokesman for the US-China Business Council.

Royal Caribbean Cruises Ltd. on Wednesday warned the outbreak would hurt its 2020 financial performance after it canceled three February sailings scheduled for February.

Starbucks Inc. has closed more than half of its roughly 4,300 stores in China—its second-largest market—and warned the move would weigh on financial results. The closures could lower profit per share by half a penny and revenue by $25 million each week the stores are closed, according to estimates from analysts at William Blair.

Mondelez International Inc., the maker of Oreo cookies and Cadbury chocolate, expects lower sales as a result of the outbreak. The Lunar New Year season is typically a lucrative time for candy and snack makers in China.

“We expect less buying by the consumer,” Chief Executive Dirk Van de Put said. He said two factories near the epicenter of the outbreak will remain closed for another week at the request of local officials.

Spice maker McCormick & Co. shut three plants in China, where it makes products for the market, and Budweiser brewer Anheuser-Busch InBev SA closed its Wuhan brewery in China. Representatives from the companies said the closures were due to the Lunar New Year holiday.

Jon Moeller, finance chief for Procter & Gamble Co., said the outbreak could affect consumers well beyond China. “It can also affect consumer confidence in large parts of the market,” he said.

The outbreak is taking a toll on global travel and hurting hotel stocks, analysts at BMO Capital Markets said. China represents 6% of rooms for Hilton Worldwide Inc. and 8.5% at Marriott International Inc., they said in a research note.

Troubled plane maker Boeing Co. said it sees the coronavirus as a potential drag on air-travel demand. “The impact of the coronavirus on near-term traffic growth is clearly a watch item this year,” Boeing finance chief Greg Smith said Wednesday.

British Airways and Indonesia’s Lion Air said Wednesday that they would halt all flights to mainland China, and American Airlines said it would suspend flights from Los Angeles to Shanghai and Beijing, citing a significant decline in demand for travel.

Walmart Inc. had been asked by the government to keep stores in China open to allow access to essential goods, a person familiar with the matter said last week. The company is monitoring the situation closely and reinforcing good hygiene practices, a spokeswoman said Friday. Walmart had 443 stores in the country as of Jan. 31 of last year, according to a securities filing. A spokeswoman didn’t respond to a request for comment Wednesday.

MetLife Inc. is waiving waiting periods for medical benefits for customers who already own insurance policies and need treatment for coronavirus pneumonia. It also has lifted restrictions on policyholders needing to be treated at designated hospitals.

Bernard Arnault, the chief executive and controlling shareholder of Paris-based LVMH Moët Hennessy Louis Vuitton SE, said he has asked his teams in China about the impact of the outbreak. Chinese shoppers are the luxury industry’s most important clientele, representing more than a third of global sales, according to consulting firm Bain & Co.

If the consequences of the outbreak are felt through March, that wouldn’t be terrible, said Mr. Arnault, but “if it lasts two years, that would be another story.”

The SARS outbreak lasted nine months in 2002 and 2003. The number of SARS infections world-wide—8,098—for now remains higher than the latest coronavirus total, according to the WHO.