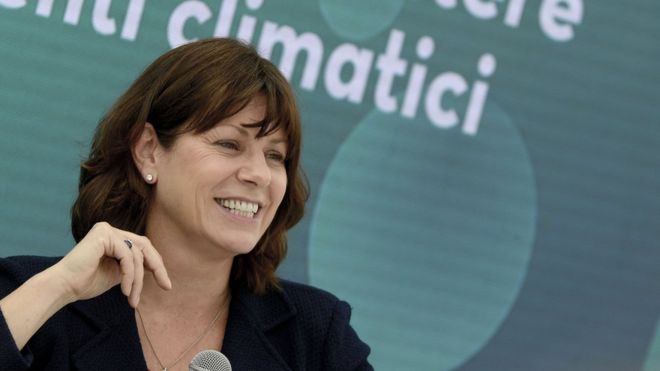 In a surprise move, the woman appointed to run the crucial UN climate summit in Glasgow in November has been sacked, AzVision.az reports citing BBC News.

Claire Perry O'Neill, a former climate minister, had been assigned the post of "president" of the event, known as COP 26.

The British government has confirmed that the job will now be handled by the business department, Beis.

In a tweet, Mrs O'Neill said she was "very sad" to lose the role, and went on to criticise the government.

It couldn't "cope" with an independent unit managing preparations for the conference, she said.

And in a sharp dig at No 10's green credentials, she also added: "A shame we haven't had one climate cabinet meeting since we formed."

In response, a Cabinet Office statement said the prime minister thanked Mrs O'Neill for her work so far.

"Preparations will continue at pace for the summit, and a replacement will be confirmed shortly.

"Going forward, this will be a ministerial role."

This will come as a shock to many of the business and environmental groups working with her in the run-up to the summit.

It will also surprise diplomats and negotiators from other countries with whom Mrs O'Neill had formed bonds.

At the last UN summit, held in Madrid last December, she played a highly visible role as part of her preparation for the UK to take over the presidency.

In an interview recorded at that time, she said she believed the world had "one shot" at the Glasgow summit to take meaningful action on climate change - or people would question the whole process.

A lively and personable figure, she seemed determined to bring new impetus to the negotiations and, in private, had ambitious plans for the event.

Although the summit is not until November, there's a huge diplomatic and logistical task to get ready for it.

Governments worldwide are meant to come forward with tougher targets for cutting the gases heating the planet.

Some might wonder whether the UK government has allowed itself enough time.

Much now will depend on who replaces Mrs O'Neill.

Richard Black, director of the Energy & Climate Intelligence Unit, commented on Twitter: "While Claire Perry has a background in climate change, she doesn't in foreign affairs. Arguably that's more important - no doubt one of the real stars of the #ParisAgreement was Laurent Fabius, steeped in diplomacy but not, prior to 2015, in climate change."

And Mohamed Adow, director of another climate and energy think-tank, Power Shift Africa, said: "It was always going to be a challenge to have a president who had no formal role in Government.

"For a successful outcome you want the person presiding over the negotiations to be someone with genuine political power, who can fully represent the UK government and 'knock heads together' to ensure real progress is made. With Claire O'Neill not even being an MP that was always going to be a challenge."