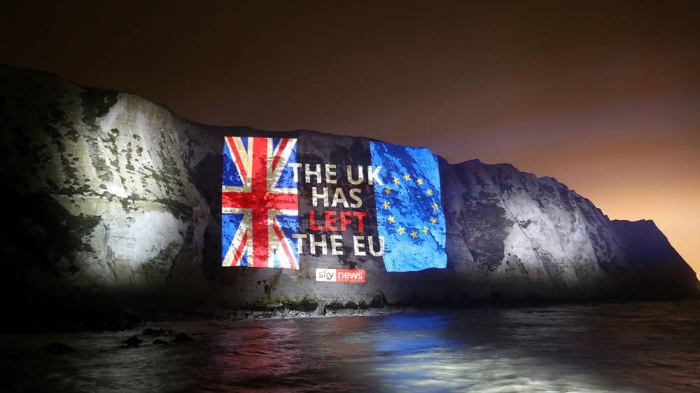 An official Dutch government account has shared a poll asking people if they will boycott British products and holidays after Brexit because the UK “no longer wants to belong”.

The Twitter post from the Netherlands’ Ministry of Finance suggested a boycott with the hashtags “Brexit” and “VRIJstelling” – which means “exemption” in Dutch.

“If the United Kingdom / England no longer wants to belong, I also no longer spend money on English products or holidays to England,” a translation of the post said.

It came after a mixed response in the EU to Britain’s long-delayed departure from the bloc, with a mixture of affectionate tributes to the UK and criticism.

On Thursday evening, Brussels put on a festival of Britishness as the city was lit up in Union Jack colours while bands played British music and two city employees dressed up as Sherlock Holmes and Dr Watson to take pictures with visitors.

Ursula von der Leyen, the European Commission president, wished Britain well in its exit from the bloc but warned that “strength does not lie in splendid isolation”.

“Of course, we have lukewarm feelings about what is happening, but what is the dominant feeling for me is that it’s important to look to the future of the European project,” Charles Michel, the president of the European Council, added.

However, there have also been moments of tension, such as when Brexit Party MEPs were scolded for waving Union Jack flags during Nigel Farage’s final speech in the European Parliament.

“Please sit down and take your seats, put your flags away, and take them with you,” Mairead McGuinness, the presiding speaker, told Mr Farage and his fellow MEPs.