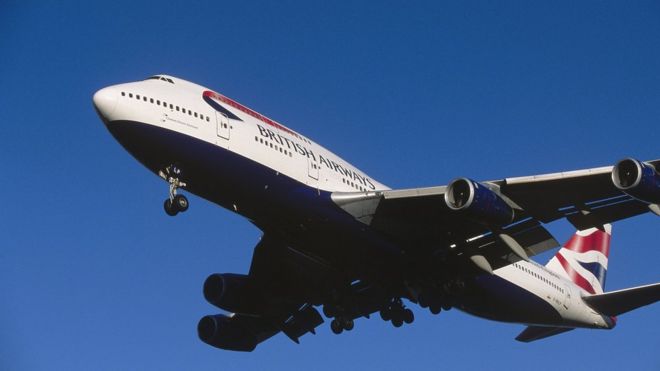 The UK's aviation industry is promising to reduce its net carbon emissions to zero by 2050, AzVision.az reports citing BBC News.

Cleaner engines, new fuels and planting trees will all help, according to the industry group Sustainable Aviation.

The plan will mean airlines can cut pollution even as passenger numbers grow by an expected 70%, it said.

But campaigners say the only way to cut airline pollution is by reducing air travel and cancelling new airports and runways.

"We need to restrict flying," said Muna Suleiman, from Friends of the Earth. "We can't have airport expansion at the same time."

Rail travel and buses are greener alternatives and taxes should be applied to frequent fliers, she said.

Biofuels, which Sustainable Aviation say will be part of the industry's plan, still pollute, Ms Suleiman added. "The crisis is here and now."

The aviation sector is under increasing pressure to come up with a plan to cut emissions, especially as it has no commercial comparator yet to the electric car, which is seen as the auto industry's hope for cutting emissions.

Sustainable Aviation says the UK industry can reduce its emissions of CO2 from 30 million tonnes a year to zero, without restricting growth.

An economy-class return flight from London to New York emits an estimated 0.67 tonnes of CO2 per passenger, according to the calculator from the UN's civil aviation body, the International Civil Aviation Organization (ICAO).

That is equivalent to 11% of the average annual emissions for someone in the UK or about the same as all of those caused by someone living in Ghana over a year.

US firm Wright Electric said last week it has started electric engine development for a 186-seater plane, and hopes to begin test flights in 2023.

British Airways is investing in a project to make fuel from rubbish.

'Difficult sector'
"We are going to have to do this through many projects," Alex Cruz, chief executive of British Airways, told the BBC.

"Biofuels will give us a greener alternative and we are attracted by that," he said, while conceding that they will still produce carbon dioxide and that they are expensive today.

"We do believe we will reach a point where the price will be compatible with the rest of fuel prices."

BA will also retire old planes, with the double-decker Boeing 747 being phased out in 2024.

"Aviation is one of the more difficult sectors to decarbonise but we are absolutely confident it can be done," said Mr Gorman. "We have to do it"

The aviation sector has a problem. On one level, it is extremely successful. Passenger numbers in the UK are higher than they've ever been, and massive growth is expected worldwide over the next couple of decades.

More passengers means more planes, and all else being equal that means an awful lot more emissions. The sector only accounts for about 2.5% of global CO2 output at the moment, but the obvious risk is that share could rise significantly.

You don't have to be Greta Thunberg to realise where that could lead. There's a risk that faced with growing public pressure to act on climate change, regulators could start to clamp down on the sector in a meaningful way - and that could hit growth.

So here in the UK, businesses are taking pre-emptive action. Action they claim will reduce emissions to zero without curbing growth.

So how effective will the plans be? Boeing and Airbus are already selling a new generation of aircraft that are much more efficient than their predecessors, and it's fair to say that there are plenty of benefits to be gained from investing in new technology.

But the value of "market-based measures" such as carbon offsets is harder to calculate and hotly debated. People within the industry claim the projects they support are carefully chosen and reap real benefits.

Climate campaigners say that's greenwash - and they'd rather we simply decided to fly a lot less.