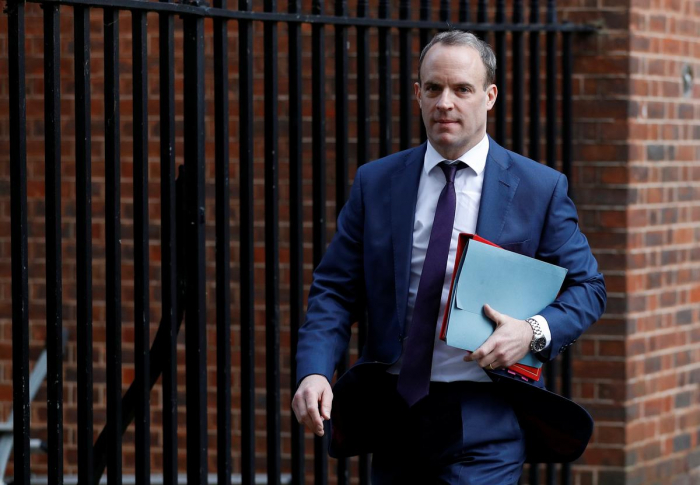 British Foreign Secretary Dominic Raab hopes a free trade deal with Australia will be one of the first such pacts to be secured, now that Britain has left the European Union, he said on Thursday, AzVision.az reports citing Reuters.

After formally leaving the EU on Jan. 31, Britain entered a transition period that allows it to negotiate future ties with Brussels and begin talks with other major economies, such as the United States and Japan.

“We have a trade relationship already worth 17 billion pounds, but we have the potential to do so much more,” Raab told reporters in the Australian capital of Canberra. The figure is equivalent to $22 billion.

“Australia hopefully will be part of that first wave of high priority deals that we are pursuing,” added Raab, speaking after he met Australian Foreign Minister Marise Payne.

Neither Raab nor Payne gave any timetable for the start of free trade talks.

Australia is in the midst of talks with the EU for a trade deal, but Payne said the talks with Brussels would not slow the progress of a British deal.

Although Australia has strong ties with Britain as a former colony, the trading relationship has waned significantly over the last 50 years.

Britain now takes just 3% of Australia’s exports, while China takes nearly 40%. Britain’s entry into the Common Market in 1973 was widely considered a betrayal in Australia, upending decades of tradition and a host of tariff deals.

Supporters of Britain’s exit have argued, however, that “family ties” with Commonwealth members, such as Australia, could compensate for the partial loss of Europe’s 444 million customers.

Talks are expected to focus on trade, but Britain’s decision to allot a limited role for Chinese telecoms giant Huawei in building its 5G network could also be discussed.

The world’s biggest producer of telecoms equipment faces intense scrutiny in the West over its relationship with the Chinese government and accusations of enabling state espionage, with the United States urging allies not to use its technology.

Although no evidence has been produced publicly and Huawei has denied the claims, the accusations have prompted several Western countries, including Australia, to curb the firm’s access to their markets.

In January, Britain said high-risk vendors would be excluded from the sensitive core of networks, and there would a 35% cap on their involvement in the non-sensitive parts.