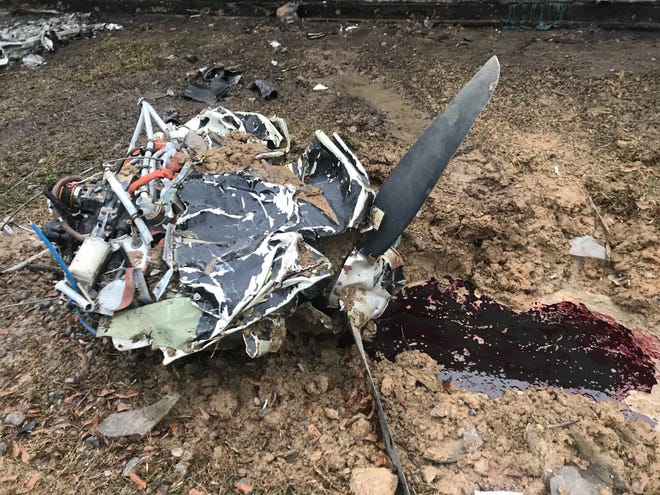 Three people were killed Thursday afternoon in the fiery crash of a small plane in rural Louisiana, authorities said.

According to Jackson Parish Sheriff Andy Brown, the crash occurred just north of Chatham, about 25 miles southwest of Monroe. The plane was a four-passenger, single-engine Cessna.

Brown identified the victims as passengers Chris Mudd and Wade Williams, both of Shreveport-Bossier, and pilot Robert Gilliam of Minden.

The plane was owned by Matthew St. Amant of Shreveport-Bossier, who wasn't on board.

Mudd was the chief executive of St. Amant's Rehabilitation Services company and Williams was an employee of the company, according to state Sen. Jay Luneau, St. Amant’s brother-in-law.

"He's incredibly broken up right now as you can imagine," Luneau said.

Brown said the cause of the crash is undetermined.

The plane left Jackson, Mississippi, Thursday afternoon and was returning to Shreveport when it crashed about 2:11 p.m.

"It looks like it just fell out of the sky," Brown said.

The plane grazed the shop of logging company, according to company owner David Greer, whose employees were less than 25 yards from impact.

"We heard an engine getting closer and closer and then there was a loud crash and I hauled ass," said Leroy Stubblefield, who was working in the shop. "It's terrible."

Stubblefield said there was an explosion following the crash and an intense fire engulfed the wreckage.

"We're lucky nobody on the ground was hurt," Greer said.