5G: US suggests investing in Nokia and Ericsson to counter China 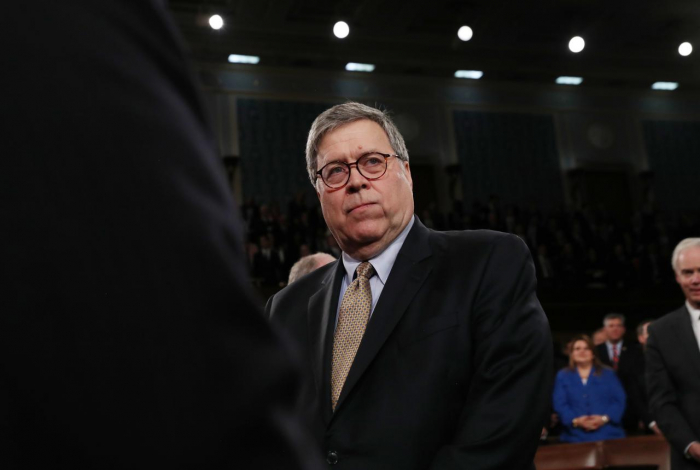 Attorney General William Barr has said the US and its allies must counter China’s dominance in 5G technology with investment in other firms.

In a speech on Thursday, he specifically singled out Finland’s Nokia and Sweden’s Ericsson. Investment would help them compete more effectively against Huawei and could be vital to national security and economic interests.

“If China establishes sole dominance over 5G, it will be able to dominate the opportunities arising from a stunning range of emerging technologies that will be dependent on, and interwoven with the 5G platform,” Mr Barr said at the Centre for Strategic and International Studies.

From a national security perspective, he said: “China would have the ability to shut countries off from technology and equipment upon which their consumers and industry depend. The power the United States has today to use economic sanctions would pale by comparison to the unprecedented economic leverage we would be surrendering into the hands of China.”

In Huawei and ZTE China has two of the world's largest suppliers of infrastructure for 5G. The former is the leading supplier on every continent, except North America, and has a global market share of 40 per cent.

The US does not have a national 5G equipment supplier. Nokia has a global market share of 17 per cent, while Ericsson has a 14 per cent share, but both lack the scale and backing of a large, powerful country with an embedded market, as Huawei enjoys.

It has been proposed that the US aligns with the two companies through American ownership or a controlling stake, either directly or through a consortium of American or allied companies. Putting the US’s large domestic market and financial muscle behind one or both of these firms would make them far more formidable as competitors.

“We and our closest allies need to be actively considering this approach,” said Mr Barr.

Despite dire warnings from Washington concerning national security and falling behind in the growth of the “industrial internet,” by handing control to China, prime minister Johnson is giving the go-ahead for Huawei to help build the UK’s 5G and full-fibre broadband networks.

A meeting of the UK’s National Security Council chaired by Mr Johnson agreed Huawei’s involvement on the “periphery” of the 5G project, capping its market share by law at 35 per cent.

Republican senator Tom Cotton said the UK opening the door to Huawei was “like allowing the KGB to build its telephone network during the Cold War”.

US secretary of state Mike Pompeo described the decision by the UK as “momentous” and warned Britain’s sovereignty would be at risk if Huawei was given the green light.

Whitehall sources insist that this would not affect the UK’s ability to share intelligence material with allies via secure communications links which are entirely separate from the public telecoms network.