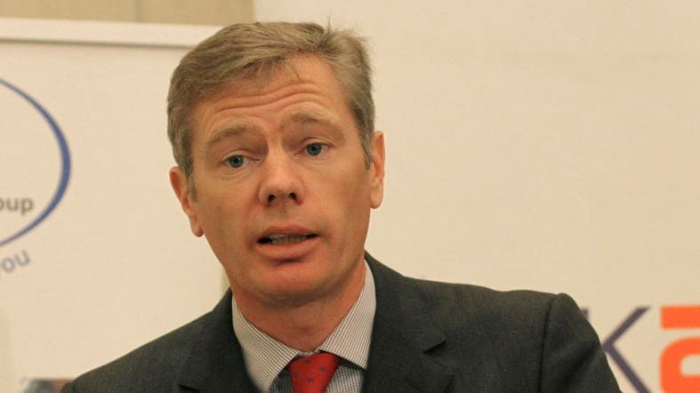 Britain’s ambassador to Iran is back in Tehran, he said late on Thursday, some three weeks after he returned to London following his brief arrest by Iranian security forces.

Rob Macaire was called an “undesirable element” by Iran’s judiciary after officials accused him of attending an illegal protest last month and a hardline cleric said he should be expelled, state media reported.

The ambassador said he had attended a vigil for victims of the crash of a Ukrainian airliner, amid public anger over Iran’s belated admission that it accidentally shot down the plane.

Britain called Macaire’s detention a violation of diplomatic conventions, and he flew back to London in mid-January.

In an Instagram video posted on Thursday, Macaire said in Farsi that that visit was “an important trip that was planned some time ago” and had included a meeting with foreign minister Dominic Raab.

Macaire, who has been in the post since 2018, added that he had recently returned to Tehran.

Tensions between Iran and the West have risen since top Iranian military commander Qassem Soleimani was killed in a U.S. drone strike in Baghdad on Jan. 3, prompting an Iranian missile attack against a U.S. base in Iraq days later.

Friction between Tehran and Washington has been building since 2018, when President Donald Trump withdrew the United States from a six-nation nuclear deal in which Tehran agreed to curb its nuclear activities in exchange for the lifting of most sanctions.

Iran announced in January that it would abandon restrictions on enriching uranium but would continue to cooperate with the U.N. nuclear watchdog.

Macaire said in the video posting that Britain wanted to use the dispute resolution mechanism in the nuclear deal - which Britain, France and Germany triggered last month - to find a path forward.