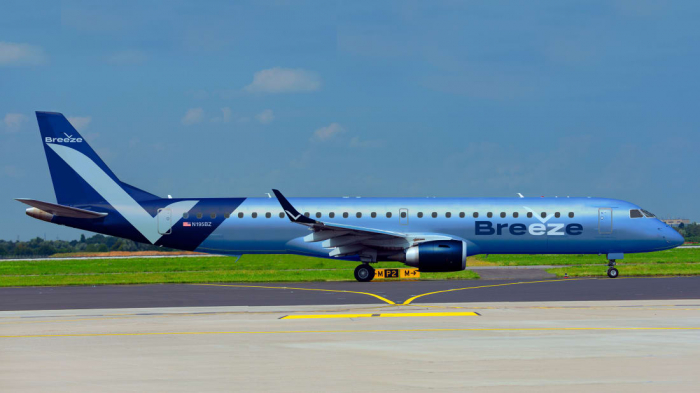 Twenty years after launching JetBlue from an office building in Queens, New York, its founder has filed plans to launch a new airline with flights starting by year's end.

Breeze Airways, which has applied for an airline operating certificate with the US Department of Transportation and the Federal Aviation Administration, is actually founder David Neeleman's fifth airline start-up. Besides JetBlue, he's also launched Morris Air, WestJet and Azul.

Initially, Breeze will target mid-sized US city pairs that don't currently have nonstop service. "Breeze will fly non-stop service between places currently without meaningful or affordable service," said Neeleman, Breeze's CEO and president, in a press release.
"We brought humanity back to the airline industry with JetBlue," Neeleman said. "Today, we're excited to introduce plans for 'the World's Nicest Airline.'"

Benét Wilson covered the start of JetBlue 20 years ago for an airline trade publication.
The airline's concept of an upgraded low-cost carrier "seemed crazy at the time, but 20 years later, here we are," said Wilson, who is now credit cards editor at The Points Guy travel website. "David Neeleman has a great track record when it comes to starting airlines, so I wouldn't bet against him on Breeze."

"Bringing low-cost, non-stop service to these mid-size cities will help not only the people living there by affording them better, more affordable, and more convenient service," said Janet Bednarek, aviation history professor at the University of Dayton in Ohio. "It will also help those cities compete in a market that now heavily favors cities with large hub airports."

"If [Neeleman] is successful maybe it will teach an important lesson to the majors about looking beyond the biggest and most profitable markets to find the many other opportunities in those parts of the country often referred to as the 'great flyover.'"
Breeze has leased 30 Embraer 195 aircraft to serve smaller markets. Those planes are slated for delivery starting in May.

The new airline has also ordered 60 new Airbus 220-300 airplanes to serve mid-sized markets, and those will start being delivered in April 2021.