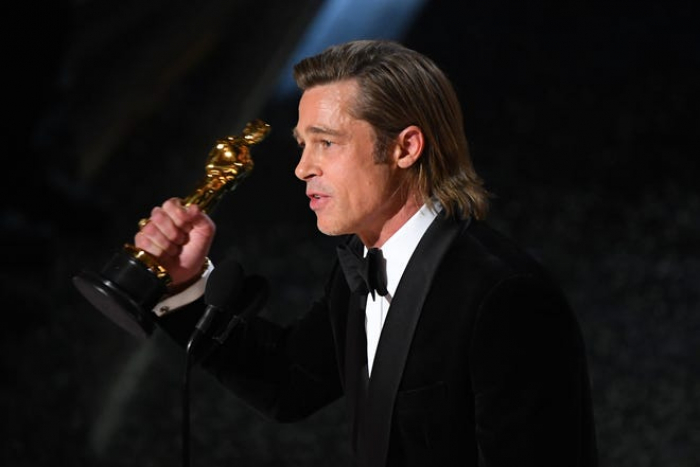 It's Pitt's first Academy Award in an acting category. He previously won as producer of "12 Years a Slave."

Brad Pitt has won the Best Supporting Actor Academy Award for his performance as stunt double Cliff Booth in Quentin Tarantino’s “Once Upon a Time in Hollywood.”

In a fairly competitive category, Pitt beat out fellow nominees Tom Hanks (Fred Rogers in “A Beautiful Day in the Neighborhood”), Anthony Hopkins (Pope Benedict XVI in “The Two Popes”), Al Pacino (Jimmy Hoffa in “The Irishman”), and Joe Pesci (Russell Bufalino in “The Irishman”).

Pitt already won both the Golden Globe and the SAG award in the Best Supporting Actor category, and was fully expected to win the Oscar as well.