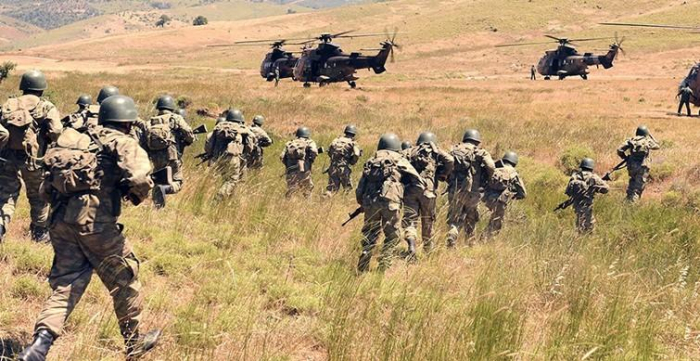 Turkish forces have hit 115 Syrian government targets and destroyed 101 of them in retaliation for an attack that killed five Turkish soldiers in Syria’s rebel-held northwest, the Turkish Defense Ministry said on Monday, AzVision.az reports citing Reuters.

The ministry said Turkish forces would continue to retaliate any attacks on its troops, which have observation posts in the far northwest of Syria.

“Up to now, 115 (Syrian) regime targets were immediately fired upon, and 101 regime elements were neutralized according to initial information from various sources,” the ministry said in a statement. “It was found that three tanks and two mortar positions were destroyed, while one helicopter was also hit.”