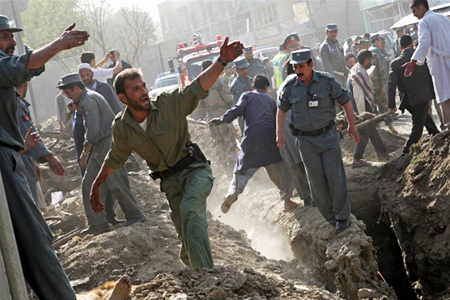 An explosion occurred early Tuesday near a military academy in a southern neighborhood of the Afghan capital, a government spokesman said, AzVision.az reports citing ABC.

There were no immediate reports of casualties from the explosion near the Marshal Fahim Military Academy in Kabul, interior ministry spokesman Marwa Amini said.

Fahim was a former defense minister and among the anti-Taliban fighters who entered Kabul with the U.S.-led coalition in 2001 after the Taliban were overthrown. He died in 2014.