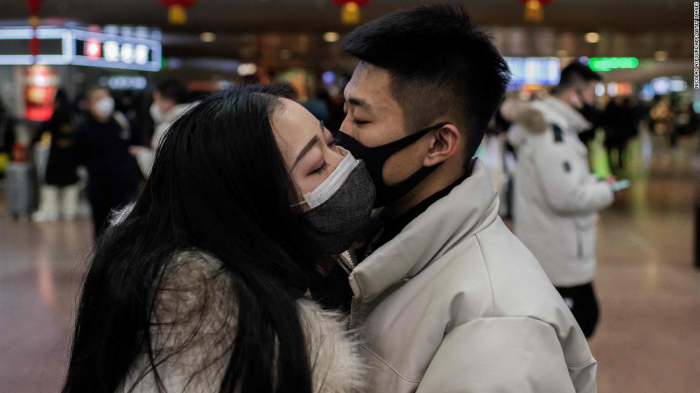 It looks like viewers will have to kiss goodbye to lingering passionate scenes in Taiwanese dramas, in this time of fear and virus.

The coronavirus outbreak originating from Wuhan, central China, has led to the suspension of the filming of TV dramas in China.

While filming continues in Taiwan, where the virus situation is not as bad, TV stations are taking extra precautions, including barring actors from "intimate interactions" to prevent the spread of the virus, United Daily News reported, according to the Straits Times.

Their characters were originally supposed to lock lips for longer - with the kiss crowning the moment the both of them overcoming their emotional struggles.

Chiu welcomed the change, admitting that she was concerned about close interactions. She felt a "light kiss" would be more appropriate.

Another TV series pulling in the reins on passion is Eastern Broadcasting Company's "Sweet Family", which stars actor Kingone Wang, who played Monkey King Sun Wukong in Channel 8 drama Till We Meet Again (2018).

The Taiwanese TV station said it will avoid having overly intimate scenes and filming in crowded places. It has also prepared face masks for crew members during filming.