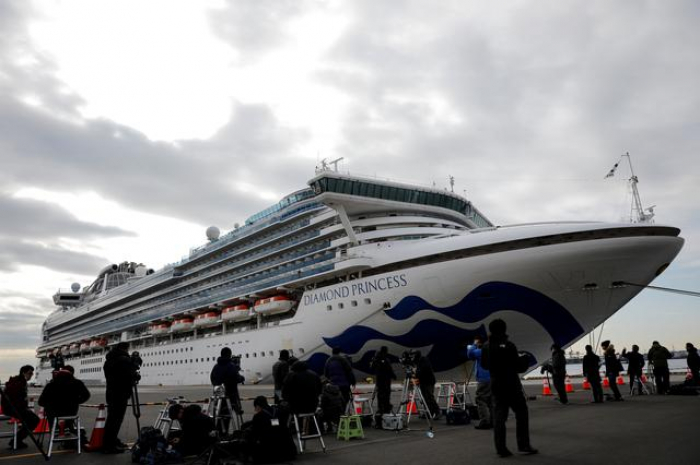 Another 39 people have tested positive for the coronavirus on the quarantined Diamond Princess cruise ship in Japan as well as one quarantine officer, bringing the total to 175, the health ministry said on Wednesday, AzVision.az reports citing Reuters.

The Diamond Princess was placed in quarantine for two weeks upon arriving in Yokohama, south of Tokyo, on Feb. 3, after a man who disembarked in Hong Kong was diagnosed with the virus.

The ministry said tests are being conducted for others who are deemed to need them and it will announce the results later.

The U.K.-flagged Diamond Princess is managed by Princess Cruise Lines, one of the world’s largest cruise lines and a unit of Carnival Corp (CCL.N).

The government was considering allowing elderly and those with chronic illnesses to disembark before the Feb. 19 target date for ending the quarantine, some media reported, but added it would take time to figure out where they could be sent.

As of last week, about 80% of the passengers were aged 60 or over, with 215 in their 80s and 11 in the 90s, the English-language Japan Times newspaper reported.

Kyodo news agency, citing the health ministry, said that of the 39 cases, 10 were crew, 10 were Japanese nationals and the others were from 11 countries including the United States and China. Four were in serious condition, media said, quoting Health Minister Katsunobu Kato.