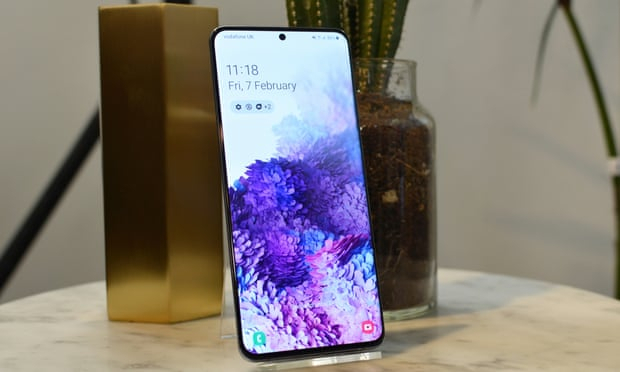 Samsung is launching its latest flagship Galaxy S20 smartphone range with 5G chips and a new camera system capable of up to 100x zoom, the Guardian reported.

The world’s largest smartphone manufacturer unveiled the devices at an event in San Francisco on Tuesday, hoping that fast screens, an overhauled camera system and a spread of sizes will be enough to lift sales and beat rivals Apple and Huawei.

The super-sized Galaxy S20 Ultra has a 6.9in screen and a quad camera system on the back. The two standout features are a 108MP main camera and a 10x hybrid optical zoom lens that has a periscopic arrangement, using a prism to direct light sideways into the body of the phone, similar to that used by Huawei on its P30 Pro last year for a 5x zoom. The camera is then capable of up to 100x digital zoom, twice that managed by rivals.

Ben Wood, the chief of research for CCS Insight, said Samsung had “definitely stepped up when it comes to camera capabilities on the new S20 line-up”, but in some areas the South Korean firm was “merely in catch-up mode with some of its Chinese rivals who have been using stacked periscope zoom modules for a while”.

Wood said Samsung’s innovations concerning the handling of extended zoom, such as the new window-in-window viewfinder with over 30x magnification, were worthwhile additions.

All three models have new Amoled screens with a refresh rate of 120Hz – twice the speed of standard smartphone screens and faster than the 90Hz screens used by OnePlus and Google last year – which makes use of the device smoother in scrolling and other fast-moving interactions.

From the front the devices resemble refined versions of S10 models from 2019, with an all-screen display on the front, a new central pinhole selfie camera at the top and curved glass at the sides. The backs are all glass with a big camera lump in the top left corner resembling that recently used by Apple and Google.

While the S20 will be available in 4G or 5G versions, the S20+ and S20 Ultra will only be available with 5G. All three models come with at least 128GB of storage and a microSD card slot for adding more, 8, 12 or 16GB of RAM, fast cable and wireless charging, large batteries and ultrasonic in-screen fingerprint scanners for unlocking the devices.

“The challenge, which Samsung faces together with all other smartphone makers, is how to stand out from the endless stream of similar-looking black touchscreen rectangles,” said Wood. “The support for 5G across all three variants of the S20 lineup is a key element, ensuring customers are getting a futureproof purchase and the camera certainly stands out, particularly on the flagship S20 Ultra.”

Alongside the S20 series, Samsung is also launching a clamshell phone with a foldable display, called the Galaxy Z Flip, and an updated version of its wireless earbuds, the Galaxy Buds+, which have a similar design but increased battery life of 11 hours of playback and a charging case.