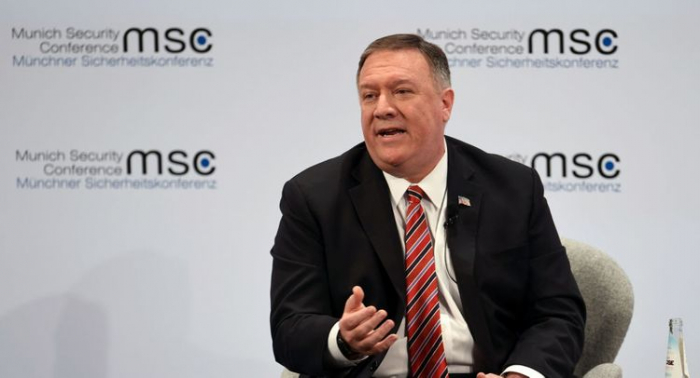 US Secretary of State Mike Pompeo stated on Saturday that the death of the North Atlantic Treaty Organisation (NATO) was grossly exaggerated, adding that the West's ideals and values would prevail, AzVision.az reports citing Sputnik.

"I’m happy to report that the death of the transatlantic alliance is grossly exaggerated. The West is winning, and we’re winning together," Pompeo said while delivering a speech at the Munich Security Conference.

The US secretary of state has also touched upon the issue of China's tech giant Huawei, saying that the telecommunications firm is used by the Chinese government to increase influence in the cyberspace.

Speaking further, the US senior official said that Washington would allocate up to $1 billion to boost energy projects in eastern Europe in order to reduce its reliance on Russian natural gas.

"The United States through our International Development Finance Corporation, and with the support of the US Congress intends to provide up to $1 billion in financing to the Central and Eastern European countries of the Three Seas Initiative," Pompeo said.