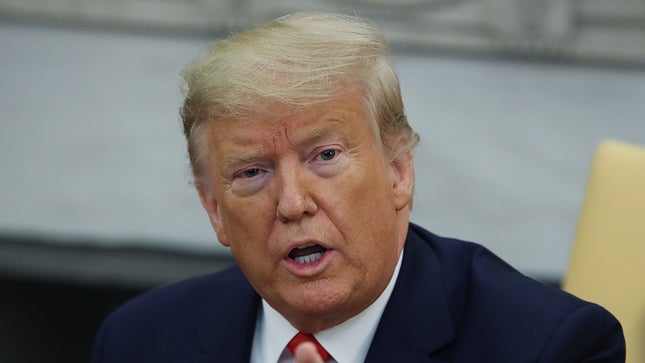 When intelligence officials briefed US President Donald Trump on the most worrisome terrorist threats during the first two years of his tenure, they regularly mentioned the names of the senior terrorist figures the CIA was working hardest to find and kill, including the leader of al Qaeda, Ayman al-Zawahri.

But he was more interested in a young and less influential figure much farther down the list, according to two people familiar with the briefings, because he recognized the name.

"He would say, 'I've never heard of any of these people. What about Hamza bin Laden?'" one former official said.

"That was the only name he knew," a Pentagon official added.

Although Osama bin Laden's youngest son was not believed to be planning attacks, the U.S. ultimately carried out an airstrike that killed him in 2018, according to current and former officials familiar with the matter. At first, officials weren't sure of his fate, but in July, NBC News was the first to report that U.S. officials believed he was dead.

An examination of the process that led to the strike against Hamza bin Laden puts a spotlight on how Trump has approached what is among the most weighty responsibilities of the U.S. president in the post-9/11 era: deciding which of America's enemies should be marked for death. 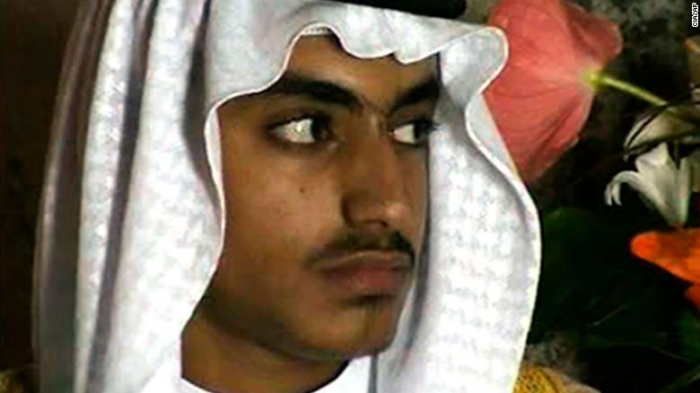 Trump's recent decision to target Iranian Maj. Gen. Qassem Soleimani — in the face of intelligence suggesting that Iran would seek to retaliate for the Quds Force commander's death by killing Americans — illustrates the high-stakes nature of such decisions. Improvements in weaponry and in the technology for finding targets have given this president lethal options his predecessors never had, but the greater freedom of action can make the decisions tougher.

Yet Trump — who doesn't read or digest detailed intelligence assessments, according to current and former officials — says he operates on instinct. "I have a gut, and my gut tells me more sometimes than anybody else's brain can ever tell me," he said in answer to a question about the economy during an interview in November 2018.

"The president's highest priority is keeping Americans safe," said a senior administration official, who spoke on condition of anonymity. "He and his administration have successfully targeted the most dangerous and deadly terrorists in the world in order to protect the American people, including Hamza bin Laden, al-Baghdadi, Qassem Soleimani, and Qasim al-Rimi. These and countless other measures that have removed dozens of high value targets exemplify this administration's resolve to defeat terrorism."

The White House announced the successful strike on al-Rimi, the leader of al Qaeda in the Arabian Peninsula, on Feb. 7. He and Baghdadi, the ISIS leader killed in a U.S. commando raid that Trump authorized in October, were at or near the top of every intelligence priority list, officials say.

But former CIA official Douglas London, who led an agency unit targeting senior terrorists in 2018, said what he called Trump's "obsession" with bin Laden's son "is one example of the president's preference for a 'celebrity' targeted killing versus prioritizing options that could prove better for U.S. security."

In a piece for the website JustSecurity.com, which London says was reviewed and deemed unclassified by the CIA, he wrote, "CIA had not overlooked the value in Hamza's name recognition, nor his musings posted by al Qaeda's media cell, but he was young, lacked battlefield experience, and had yet to develop a serious following."

Few if any counterterrorism experts argue that Hamza bin Laden was not a lawful target. He was urging attacks on Americans on behalf of a terrorist group with which the U.S. is at war, and he was seen by experts as a possible future al Qaeda leader.

But the CIA assessment at the time was that he was not next in the line of succession and was not a top threat, according to London and other U.S. intelligence officials who spoke on condition of anonymity.

"Despite intelligence assessments showing the greater dangers posed by Zawahri ... and the unlikelihood Hamza was in the immediate line of succession, the president thought differently," London wrote. "He regularly demanded updates on Hamza and insisted we accelerate our efforts to go after him."

Trump's wishes "necessarily influenced the alignment of the Intelligence Community's focus and resources," London wrote in an unusual peek behind the scenes into the secret process of targeting terrorists.

London suggested that politics may have been a factor in Trump's decision-making.

"It was not lost on us working the issue that the president pressed hardest for results in the run-up to the 2018 midterm elections," he wrote.

The Pentagon, the State Department and various intelligence agencies had input into the process of nominating Hamza bin Laden for lethal action, according to a former senior U.S. official directly familiar with the matter.

But Hamza bin Laden was not a top priority until Trump's exhortations influenced the extent to which the CIA devoted scarce manhunting resources to tracking him, according to London's account.