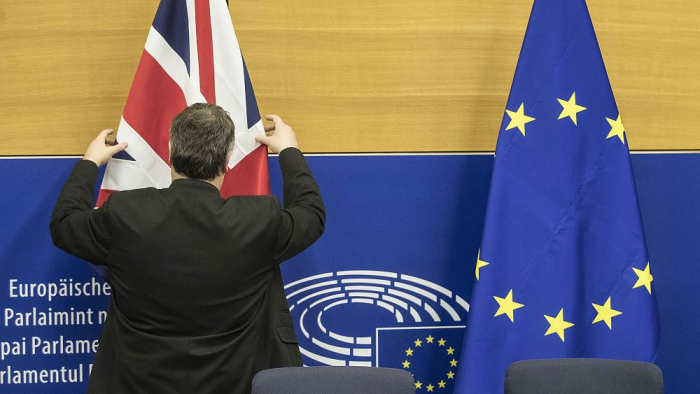 The British government is to outline its vision for a trade deal with the EU in Brussels on Monday, as both sides crank up the rhetoric ahead of the start of formal post-Brexit talks next month.

The UK is expected to contest the bloc’s demands that Britain stick closely to EU rules in exchange for access to European markets. It comes as France has warned that the two parties risk tearing themselves apart during the talks.

The UK’s chief Brexit negotiator, David Frost, is due to set out the British position in a speech at the Université Libre de Bruxelles (ULB). He is thought likely to call for a deal similar to those the EU has with countries such as Canada, Japan and South Korea.

Boris Johnson’s government argues that they contain only loose demands on alignment with EU rules and standards in areas such as workers’ rights and the environment, and yet benefit from virtual tariff-free access to Europe. Closer alignment would be tantamount to “Brexit in name only”, it says.

But Brussels is likely to take a tough stance on interpreting the commitment to maintain a “level playing field” over future competition. It argues that the UK’s proximity and degree of integration to Europe means special circumstances apply – and means alignment will be necessary in return for a zero-tariff, zero-quotas deal.

“I think that on trade matters or on the measures for future relations, which we’re going to engage in, we’re going to rip ourselves apart pretty badly,” he told the annual security conference in Munich.

“But that’s part of the negotiations, each side is going to defend its interests,” he added.

France’s chief diplomat singled out the issue of fishing, a subject on which he warned recently that the French “would not compromise”.

The EU wants to keep access to British waters for European fishing boats, and leaders have suggested the issue will be linked to other matters such as financial services in the upcoming talks.

Both sides have indicated that they are willing to walk away from the talks if the gap cannot be bridged.

“I spoke to Commission sources last week and they said they’ll just be returning to the sort of ‘no deal scenario’ planning that they did about a year ago before the Withdrawal Agreement was signed off – and the UK for its part has said similarly, that they’ll just have a diminished trading relationship with the EU,” Euronews’ Brussels correspondent Shona Murray told Good Morning Europe.

The United Kingdom left the European Union on January 31. Both sides face a race against the clock to seal a trade deal and agreement on future relations before the end of a stand-still transition period on December 31.