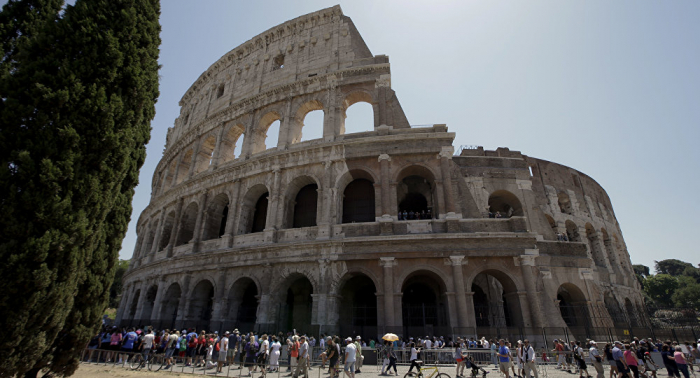 The Roman Forum, which used to be the heart of the once-mighty ancient Empire with temples and palaces, still harbour secrets and surprises for researchers and history fans. Recently, archaeologists came closer to solving one of its mysteries.

A 2,600-year-old sarcophagus, believed to be dedicated to Romulus, who founded the ancient city, according to legends, has been discovered in a chamber under the Roman Forum, the director of the Colosseum Archaeological Park, Alfonsina Russ, revealed. The find, branded "an exceptional discovery," is made of tufa and dates back to the 6th century BC.

"This is an extraordinary discovery. The forum never ceases to yield amazing fresh treasures," she said.
The 1.4-metre-long sarcophagus, which resembles an altar and stands near a circular stone structure, was unearthed following a year-long quest, which began with the start of excavation in the area.

The chamber, or hypogeum, which harboured the rare artefact, is located below the entrance to the place of gathering for ancient Senators, the Curia. As the Italian leading news agency ANSA reports, the discovery was made a few metres away from the ancient shrine Lapis Niger, linked to the death of the legendary founder of Rome and, thus, considered to have brought bad luck. According to Russo, this altar is believed to have been placed on Romulus' grave and linked to his cult.

"It is not an accident that this underground altar was placed close to the Lapis Niger," she said.
Further details about the rare discovery and the monument, linked to the origins of Rome, will be presented on Friday.