Harry and Meghan: Talks continue on whether couple can keep Sussex Royal brand 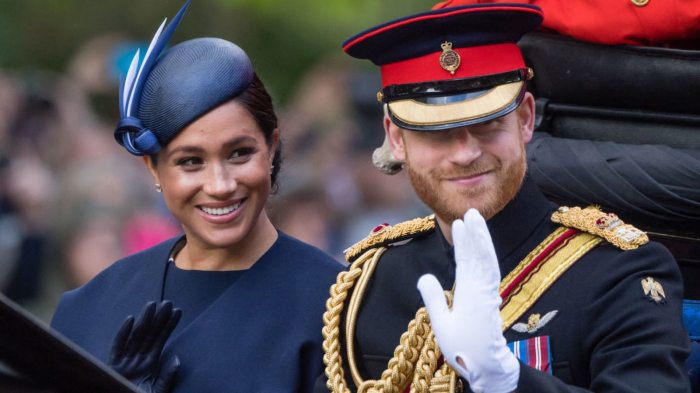 The Duke and Duchess of Sussex use the label on their Instagram page and on their official website.

Discussions are ongoing as to whether Prince Harry and wife Meghan will be allowed to keep using their Sussex Royal brand.

Sky News understands that the label, used on the couple's website and Instagram page, has been under review since they announced that they would be stepping back from their roles as senior members of the royal family.

With Harry and Meghan having committed themselves to a life of financial independence, market experts have suggested that their Sussex brand could make an "absolute fortune".

But the "royal" part of their Sussex Royal moniker has proved to be a sticking point so far, with a royal source indicating that the use of the word "in this context, needed to be reviewed".

The Daily Mail reported on Wednesday that the couple would no longer be able to use the Sussex Royal brand.

"As part of the process to transition the Duke and Duchess of Sussex into their new chapter, planning has been well underway around the launch of their new non-profit organisation. Details will be shared in due course."