Iraqi government to quit in March, warns of vacuum 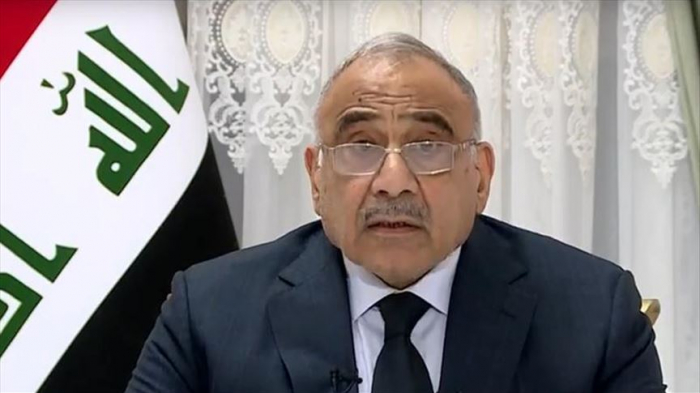 Iraq's caretaker Prime Minister Adel Abdul-Mahdi said Wednesday his government will step down March 2 in accordance with a constitutional deadline during which parliament should approve a new Cabinet, AzVision.az reports citing Anadolu Agency.

Abdul-Mahdi warned of a constitutional vacuum if parliament failed to approve the new government of Prime Minister-designate Mohammed Allawi by the date.

"It will be incorrect and inappropriate to continue bearing the responsibilities after March 2," said Abdel-Mahdi.

"I submitted my resignation on Nov. 29, 2019, and it was accepted by the distinguished parliament, and here we are in mid-February 2020, that is, two and a half months later, and no new government has been formed," he said. "The constitutional deadline of 30 days to give the confidence of the House of Representatives to the members of the new government and its ministerial platform expires on March 2, 2020.”

Abdul-Mahdi urged political blocs, the House of Representatives, public opinion and those influencing decision-making to "move forward in facilitating Allawi's mission in forming his government."

He also warned "the lack of success in achieving this and the failure of political forces to reach a decisive solution in this file almost three months after the government's resignation could expose the country to a more serious crisis.”

Iraq has been rocked by mass protests since October for poor living conditions and high unemployment, forcing Abdul-Mahdi to resign.

More than 600 people have been killed and 17,000 injured since protests erupted in October, according to an Iraqi human rights group.