Iraqi women march for their right to protest 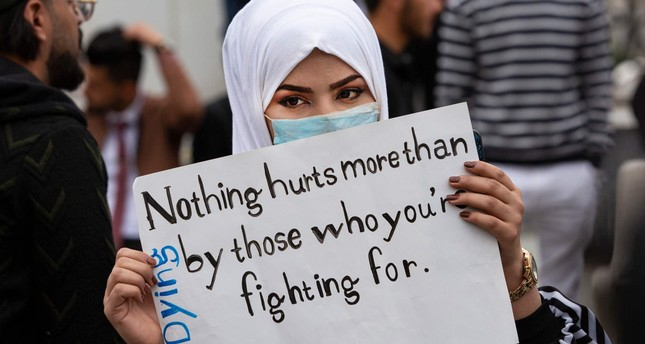 Hundreds of Iraqi women staged a march Wednesday in the Shiite holy city of Najaf insisting on their right to play a central role in the protest movement sweeping the country.

"No voice can muffle the voices of women," said one of the marchers, Saba, 22, reacting to a call from influential Shiite cleric Moqtada Sadr against mixed-sex demonstrations.

"We started demonstrating to bring down the regime. Now we're holding women-only marches because they've insulted us," she told Agence France-Presse (AFP).

Nada Qassem, a university professor in her 50s, also focused her criticism on Sadr, who at first supported street protests but later turned against them over demonstrators' alleged use of drugs and alcohol.

"We are free. We don't go out on the orders of a cleric or stop because of some decree," said Qassem, who herself was injured in attacks on anti-government protesters by Sadr's supporters.

Around 550 people have been killed since the movement to purge government corruption erupted in October, almost all in clashes between young demonstrators and security forces.