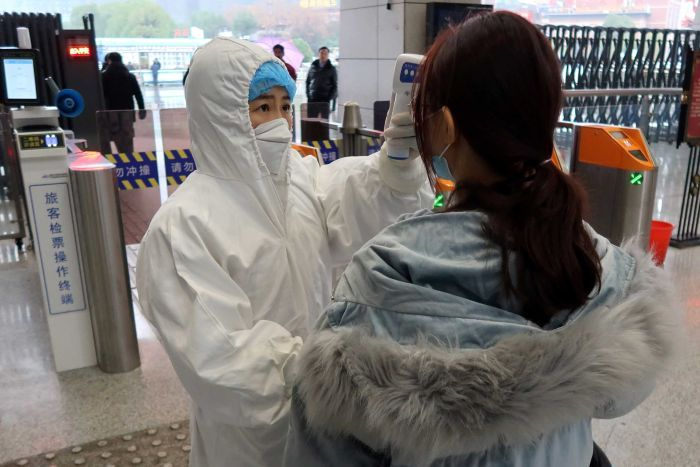 The Federal Government has extended its coronavirus travel ban for another week until Saturday February 29.

The Government first implemented strict new border-control measures in an effort to halt what it dubbed an "escalating threat" of the coronavirus.

The ban means foreign nationals who have been in mainland China are not allowed into Australia for 14 days from the time they left China.

Australian citizens and permanent residents are able to enter Australia but need to isolate themselves for a fortnight.

The Government first introduced a 14-day travel ban for travellers from mainland China at the start of the month.

This is now the second time the ban has been extended for another week.

Cabinet's national security committee decided to extend the ban after a recommendation from state and federal health officials.

"The [Australian Health Protection Principal Committee] has advised that there are signs the spread of the coronavirus in Chinese provinces outside Hubei province is slowing," the statement reads.

"We will need to watch closely whether this positive trend continues as people return to work after the holidays.

"Unfortunately, the number of infections and deaths in Hubei province itself continues to grow."

The Government announced the ban just hours after 170 people arrived in Australia as part of a medical evacuation from Japan.

The passengers had been on board the Diamond Princess cruise ship, which has been quarantined in Japan due to a coronavirus outbreak.

They will spend 14 days in quarantine in Darwin before they can return home.

Australian consular staff are continuing to provide support to 47 Australians who are still in Japan after testing positive to the virus from the cruise.

There have been 15 cases of coronavirus in Australia, 10 of whom have since recovered.