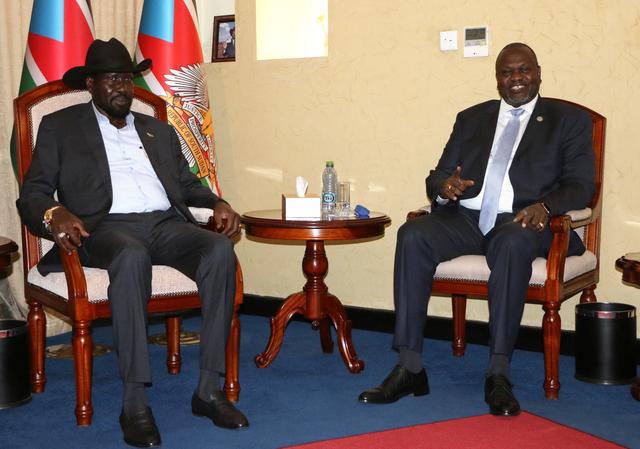 Before the announcement, it had been unclear if the Feb. 22 deadline would be met as key benchmarks of the 2018 peace agreement had not been fulfilled. The deadline had elapsed several times without an agreement between the two sides.

“We had a meeting with the president on the outstanding issues. We have agreed to form the government on 22 Feb, Machar said.

“We have agreed to form the government,” he said after the meeting, adding that he will appoint Machar as first vice president on Friday.

“We are going to discuss the security arrangement for the protection of all opposition forces and members,” Kiir added.

All the members of the opposition will be given protection, he added. “And if there are things we have not agreed upon, we had agreed to resolve them. We shall finalise them incoming days,” Kiir said.