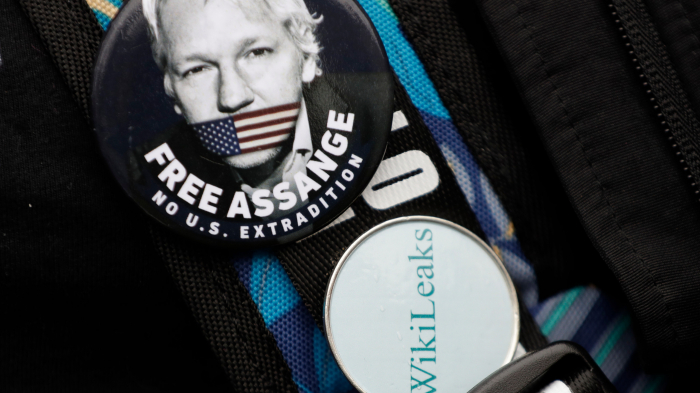 A lawyer for Julian Assange complained Tuesday that the WikiLeaks founder was handcuffed 11 times, stripped naked twice and had court papers taken away on the first day of a hearing on his extradition to the U.S.

Attorney Edward Fitzgerald told a judge that the treatment of Assange at London's Belmarsh Prison “could be a contempt of this court.” The extradition hearing opened on Monday at Woolwich Crown Court, which is located next to the prison.

Another lawyer for Assange, Gareth Peirce, told the judge on Tuesday that Assange was “struggling” and finding it hard to concentrate.

Assange is being sought by the United States on 18 counts of hacking U.S. government computers and an espionage offense, having allegedly conspired with Chelsea Manning, then a U.S. soldier known as Bradley Manning, to leak hundreds of thousands of secret documents by WikiLeaks almost a decade ago. The first part of the extradition hearings is set to last through Friday, followed by a second phase starting in May. Experts say Assange's extradition case could take up to two years.

On Monday, the lawyer representing the U.S. told the hearing that Assange, 48, was wanted for crimes that had endangered people in Iraq, Iran and Afghanistan who had helped the West, some of whom later disappeared. U.S. authorities say his actions in recklessly publishing unredacted classified diplomatic cables put informants, dissidents, journalists and human rights activists at risk of torture, abuse or death.