Disney shocks investors as CEO steps down with immediate effect 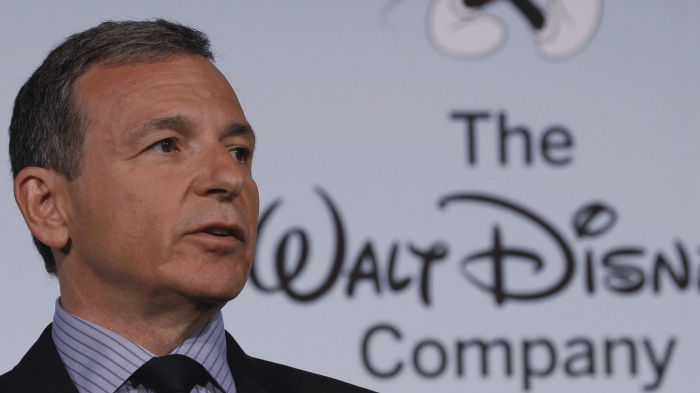 The company reveals who has replaced Bob Iger as one of the most powerful executives in the entertainment business.

Disney shares have tripped up following shock news that its chief executive of 15 years, Bob Iger, has stepped down with immediate effect.

The company said the 69-year old, credited with steering a massive expansion of its entertainment interests, would remain executive chairman until the conclusion of his contract.

He will be replaced by Bob Chapek, the chairman of Disney's parks, experiences and products business.

Mr Iger told investors and reporters that - in addition to his duties leading the board - he would spend more time on Disney's content platforms including the ESPN sports network, the newly acquired Fox studios and the Hulu and Disney Plus streaming services.

He said he could not do that while running Disney on a day-to-day basis.

"It was not accelerated for any particular reason other than I felt the need was now to make this change," Mr Iger insisted.

He added that the conclusion of the $71bn (£60bn) purchase of Fox's entertainment business in March and launch of Disney Plus provided the "optimal time" for a transition.

Mr Iger's tenure also included the successful purchases of Lucasfilm, the company behind the Star Wars franchise, as well as Marvel and Pixar.

Mr Chapek and Mr Iger stressed that Disney would continue on the direction it had already been taking, though the new CEO admitted that the parks division is currently under strain because of the coronavirus, as attractions in Hong Kong and Shanghai remain closed.

He told Sky News sister channel CNBC the outbreak may be a "bump in the road", but the company could weather it given "affinity for the brand".

Mr Iger confirmed he had no plans to remain at Disney beyond next year and shares were trading 2% down in after-hours trading.

He could, perhaps, launch a bid for the White House in 2024.

The executive, who began his career as a weatherman, told Vogue in 2018 that he had started seriously exploring a run for president because he is "horrified at the state of politics in America today", but the Fox deal stopped his plans.