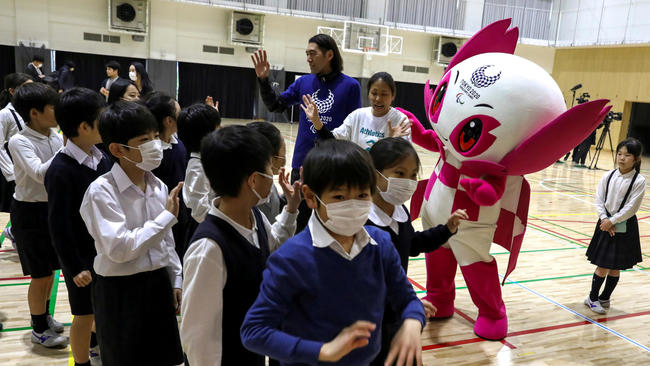 The dramatic escalation of Japan’s fight against the virus follows rising criticism of what has been seen as a lukewarm government response.

“This coming week or two are an extremely important period,” Abe told a coronavirus task force.

“Prioritising children’s’ health and safety above everything else, we will ask all the elementary, junior high and high schools across Japan to temporarily close from March 2 to spring break.”

The Japanese school year ends in March, with spring vacation usually starting the last week of the month.

A woman working as a tour bus guide was reinfected with the coronavirus, testing positive after having recovered from an earlier infection, Osaka’s prefectural government said. Her case, the first known of in Japan, highlighted how much is still unknown about the virus even as concerns grow about its global spread.

The number of cases in Japan rose on Thursday to more than 200, up from the official tally of 186 late on Wednesday. On the main northern island of Hokkaido, 15 new cases, including two children under the age of 10, were confirmed.

The government has urged that big gatherings and sports events be scrapped or curtailed for two weeks to contain the virus while pledging that the 2020 Summer Olympics will go ahead in Tokyo. But its handling of the virus has drawn increasing criticism, including from opposition politicians.

Abe got support from the International Olympic Committee as its head, Thomas Bach, told Japanese media the IOC is “fully committed” to holding the Games on schedule. Bach told a conference call the committee "is fully committed to a successful Olympic Games in Tokyo starting July 24," Kyodo News reported.